The experiment was successful – but no rice cultivated in Slovakia now

DID you know that Slovakia may have been a big player in rice growing? Indeed, beginning in the 1950s the farmers from the Agricultural Co-operative (JRD) Mýtne Ludany harvested a record crop of rice. The best rice grower in the region, Štefan Béres, had an incredible yield of 79.5 quintals per hectare. 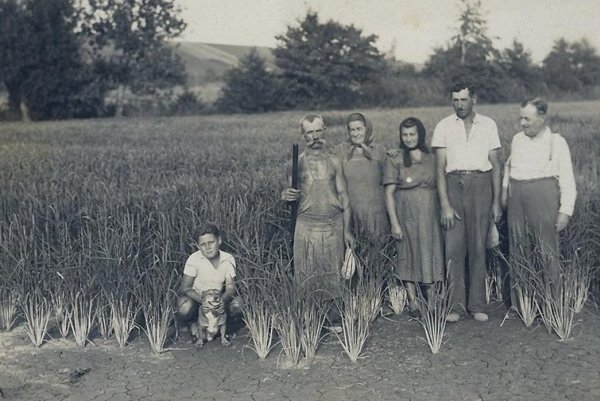 Rice was really grown in Slovakia in 1950s, the Sme daily wrote on October 3, while the JRDs in the south and east of the country cultivated about 6,000 hectares of rice land.

A documentary movie from 1951 shows the happy faces of co-op farmers and Soviet (pre-Russian) harvest combines reaping rice on Slovak fields. That year, a crop of 3,500 tonnes was expected – and rice was becoming one of the important farming products of the then Czechoslovak Socialist [communist] Republic.

“The yields were good; 40 to 45 quintals per hectare,” Štefan Béres, aged 77, former agronomist and son of the “best rice grower in the region” from the TV documentary, said. Both his parents worked in the rice growing co-op, and he remembers the bags of rice that kept gathering in their home. In the difficult post-war period, co-op farmers received part of their salaries as payment in kind.

Farmers planted rice by the end of March and harvested by the end of September; the whole growing season, it was flooded with water from the Perec water channel.

“People from Mýtne Ludnany did not pay for the water, which flowed from the Hron river back to the Hron, neither for energy as they used gravity flow,” says Štefan Bérs Jr as he explains the profitability. “They planted seeds directly into earth – and not in water, as it is done in Asia. Thus, they saved themselves a lot of manual work.”

Immediately after seeds were planted, the rice field was flooded with water, and thus there were no weeds, except for barnyard grass (Echinochloa crus-galli) which did not suffocate and managed to grow in water. People from the village (physically fit and with good sight, Beres recalls) were paid to weed it every day. 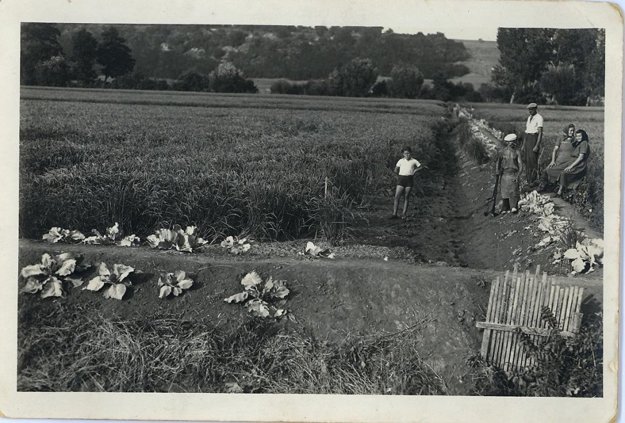 In the dikes, cabbage was planted (Source: Courtesy of Štefan Béres)

For the first two to three years rice was harvested manually; the grasses were reaped with a scythe and bound into sheaves. Then, it was thrashed just like wheat and brought to a mill in Nitra where the grain was refined into white rice. Afterwards, the dikes were used to grow cabbage and carps were bred in the water. “This was a bonus, about 125 kilograms of fish from one hectare,” Béres recalls. “Two week before the harvest, the fish were fished out and the water from the rice field let out, as it would not be possible to scythe in mud. I think we cared for the rice better than the Chinese – that is why we had better yields. We did not even dung it, as there were fish in it.”

The experiment ended in 1962, as rice started to be imported from befriended (i.e. communist) Asian countries, and its price was so low that it made no sense to grow it in Slovakia. Today, common grain types are grown on former rice fields.

This experiment was not the first one in Slovakia though; the Ottomans, who occupied the Hungarian Empire for 150 years beginning in the 1540s, had it as one of their fundamental foodstuffs, and thus tried to grow it on the territories they occupied – in this case mostly the southern part of Slovakia. However, it remained an exotic food outside the occupied regions.

The ethnographer Ján Čaplovič mentions rice on the list of most important cereals in Hungary, locating its growth to several “islands” in the Danube river and to where the Hron flows in.

A modern era pioneer of rice growing is Štefan Litavský, a plant breeder and researcher who, in 1948 when Slovaks and Hungarians resettled, moved from his native Sarvaš to the municipality of Viničky, which he chose because of the nearby flooded meadows of the Bodrog river. He cultivated a new cultivar with a yield of 55 quintals a hectare, which also has a shorter growing season. He bred rice, founded a breeders’ association, and promoted his new hybrid of rice until his retirement in 1982.

As growing rice demands a lot of water, it is not advisable to try it in Slovakia these days, Juliana Molnárová of the Slovak Agricultural University in Nitra said. The temperature of the recent hot summers would be good, were it not for the lack of rainfall – but as similar climates are expected, it would not be profitable from the point of view of water consumption. Moreover, the biggest cost, apart from water, is the leveling of soil, as one needs a perfect flatland bounded by dikes.

Jozef Belej is the last professor at this university – already retired –who has personal experience growing rice. “When you look at growing rice from the point of view of profitability – it is not profitable, compared to other plants,” he told Sme. “When you ask whether rice can be grown here; my answer is yes, it can. It was not nonsense to do it, and yields were not low, rather high.”

Today rice is grown in Europe only in northern Italy, and connoisseurs say it is of excellent quality.