MAYOR of Zlaté Moravce (Nitra Region) Serafína Ostrihoňová will probably have to vacate her post. 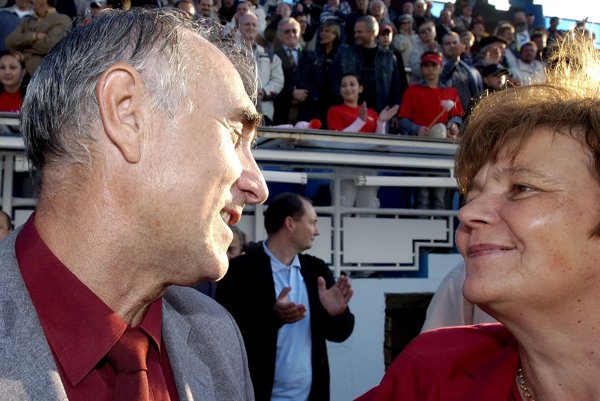 She has been found guilty of being involved in a fraud and received a two-year suspended sentence from the Nitra Regional Court, the TASR newswire reported.

The fraud concerns the transfer of land for the industrial park in Zlaté Moravce. The Nitra district court in 2012 sentenced Ostrihoňová and local businessman Viliam Ondrejka to 7.5 years in jail for fraud. They both appealed to the regional court, which later returned the case to the court of first instance. The district court in February confirmed its original verdict, but the defendants again appealed against the sentence at the Regional Court.

As the sentence has been suspended, Ostrihoňová will not go to jail, but she will have to vacate the post of mayor.

“It isn’t possible to file an ordinary appeal against this verdict,” said court spokesman Mário Pivarči, as quoted by TASR.

However, Ostrihoňová’s lawyer Ján Čarnogurský, a former prime minister, said they will try to appeal again, as reported by public-service broadcaster RTVS.