BRATISLAVA has its own version of the legendary ‘Nicholas Winton’ who saved Jews during World War II. Aaron Grünhut, an Orthodox Jew, received a memorial plaque on October 7. The plaque was unveiled by Culture Minister Marek Maďarič on Heydukova Street in downtown Bratislava. 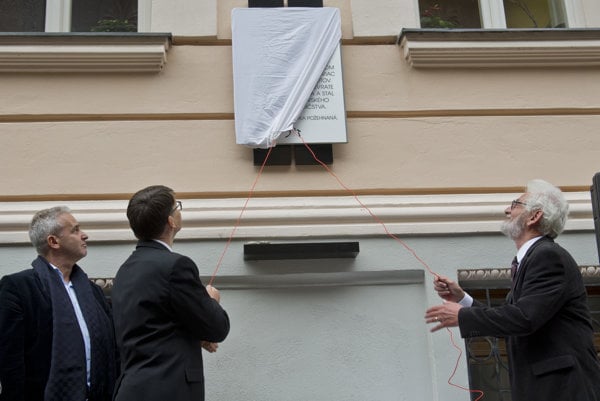 During the war, Grünhut rescued thousands of fellow Jewish Slovak citizens. For example, he organised a mass escape of more than 1,300 Jews to then Palestine, plus had a hand in halting the deportation of Jews from Slovakia to Nazi concentration camps and ensured hideouts for many persecuted Jews. He left Slovakia after the Communist putsch in 1948 and moved to Israel. He died in Tel Aviv in 1974.

“Risking his own life, he acted heroically and humanely in difficult war times,” Maďarič said, as quoted by the TASAR newswire. The minister also praised Grünhut’s other activities, including the preserving of a Jewish Orthodox cemetery in Bratislava after the war. He was also involved in the construction of a new yeshiva (Orthodox Jewish college or seminary) and synagogue in Jerusalem called Pressburg (which is a former name for Bratislava). The yeshiva continues in the tradition of the oldest Bratislava Jewish school, which was renowned mainly for rabbi Chatam Sofer.

Igor Rintel, president of the Central Association of Jewish Kahals in Slovakia, said that when he was reading the life story of Aaron Grünhut a year ago, he thought that it was a myth. “I was reading a story that I wasn’t able to believe actually took place,” he said.

One of the first children saved by Grünhut later became the main rabbi of Jerusalem and Israel. “I hope that the unveiling of his memorial plaque will bring about a revival of the remembrance of Aaron Grünhut and that it will contribute to his name never being forgotten,” Rintel summed up. 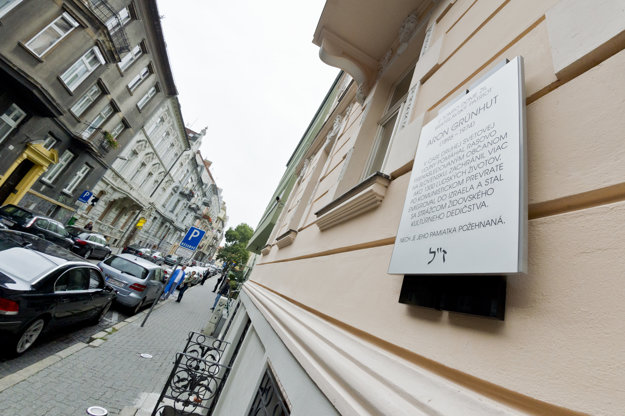