AS PART of efforts to counter increased Russian military activities in eastern Europe, NATO is bolstering defence of its eastern border – including Slovakia – by creating small Force Integration Units. 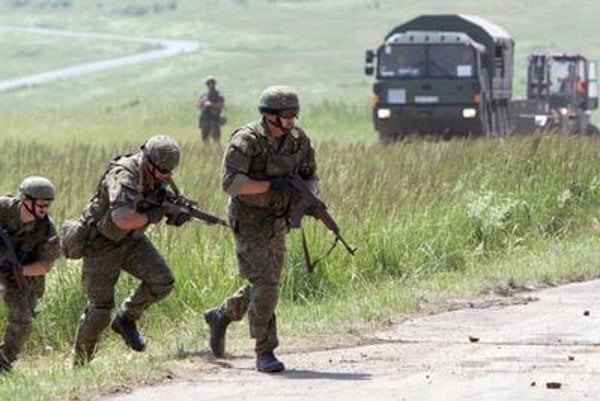 Amid public reticence towards the plan, the government is keeping quiet about one such unit to be stationed in Bratislava.

“Citizens of the Slovak Republic should get an explanation from top representatives of the country what this NATO unit means,” political analyst Alexander Duleba, the head of the Slovak Foreign Policy Association (SFPA) told The Slovak Spectator. “I consider it wrong that the government is tight-lipped about it.”

NATO gave the green light to create two new logistics centres, one in Slovakia and one in Hungary, during its October 8 meeting in Brussels.

“This will help bolster the defences of our Allies in central and eastern Europe,” NATO Secretary General Jens Stoltenberg told the press.

The logistics centre in Slovakia will be maintained by 41 people, 21 of whom will be Slovaks.

NATO wants to see the integration team boost its ability for combat, mainly in aiding the deployment of rapid reaction units and troops. This team should also make sure that NATO forces will be received smoothly if they are deployed in Slovakia. It should also coordinate exercises involving Slovak and NATO military units.

“Effective protection of the Slovak Republic needs precise planning with other member countries,” Miloš Koterec, state secretary of the Defence Ministry, told the press. “This will not wait until a crisis begins; in this case preventive action is needed.”

The costs will be covered by Defence Ministry and the NATO budget. Slovakia is currently preparing to build the necessary infrastructure, the TASR newswire wrote.

The approval of new units in Slovakia and Hungary was more or less a formality as they had been planned during the NATO Wales Summit in September 2014. Units were created also in other NATO countries as a response to Russian actions in Ukraine. Slovakia and Hungary were among the countries to create them, according to the Sme daily.

Since the 2008 military clash with Georgia, Russia increased spending on its military by 50 percent. Most spending went to Russia’s western border where new military units were created, according to Estonian Defence Minister Hannes Hanso.

“This project will contribute to standardising the documents and counter-intelligence activities of the Alliance’s members,” Slovak Defence Minister Martin Glváč said, as quoted by TASR.

During its July 2016 summit in Warsaw NATO is likely to declare success on strengthening its eastern flank, according to defence analyst Jaroslav Naď.

“I don’t expect any further construction of NATO infrastructure in Slovakia until the end of 2016,” Naď told The Slovak Spectator. “We will, however, participate on various projects or tasks of the alliance, including NATO’s new Very High Readiness Joint Task Force.”

Creation of the Force Integration Unit is an important step in Slovak foreign policy but government officials are failing to inform the public, according to Duleba.

Moreover, in the past the defence minister has repeated several times that the NATO unit is not a base and the team is only comprised of planners.

Prime Minister Robert Fico said in September 2014 that he would rather end his political career than to approve a NATO military base in Slovakia.

“It is sad that a majority of Slovaks do not understand after 11 years of the country’s membership in NATO that our army is a NATO army,” Duleba said, “and they don’t understand that our army has its bases in Slovakia’s territory and those bases are NATO bases.”
Both Naď and Duleba connect the government’s statements with public opinion which opposes any NATO military bases in Slovakia. For example, a survey conducted by the Polis polling agency in September 2014 involving 1,312 people showed that 74.5 percent of Slovaks are against NATO military bases here. Other surveys, however, show that Slovaks mostly agree with the country being a member of NATO, Sme reported.

While Duleba calls it “public schizophrenia” Naď says that Slovakia lacks political leaders who are willing to say less popular things and inform the public about national security issues in a responsible way.

“They follow opinion polls and play with populism. This is not a responsible approach but a short-sighted policy,” Naď said. “On the other hand, it needs to be said that during official NATO discussions the government acts as a responsible ally but it just doesn’t tell that to the domestic audience.”

“It is short-sighted to nourish the impression among the public that our security guarantee is only some spare heavy overcoat that we just put on if an extremely harsh winter arrives and that because such a winter is not coming to Slovakia right now, we do not need to talk about it,” he stated in an early October speech to parliament.