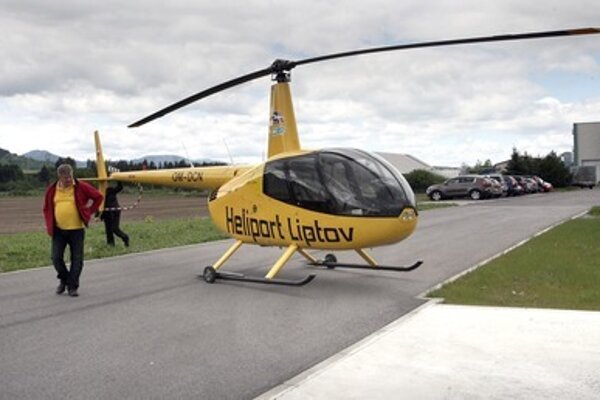 Fogaš makes observatory flights from a working area, without a due heliport. (Source: Sme)
Font size:A-|A+0

Blcháč had signed an agreement in an out of court settlement with the investor of the heliport without the consent of the town council in February with businessman Cyril Fogaš, the Pravda daily wrote.

Fogaš wanted to build a heliport near the local water park. Town councillors first green-lighted the project and then erased it from the area plan following the disapproval of locals.

Blcháč now faces charges of abuse of power of a public official. He says he does not know anything about the charge. “The Mayor signed the out of court settlement in good faith in order to protect the town coffers, preventing a damage compensation claim for a failed Heliport project,” town spokeswoman Viktória Čapčíková said for the TASR newswire.

The settlement was worth €2.7 million and in July 2015, it was declared null and void, deemed unexecutable due to a legal analysis, according to Čapčíková. If convicted, Blcháč could face  up to five years in prison.