PRIME Minister Robert Fico’s government introduced compulsory tax licenses as a tool to wipe out dormant companies as well as to get more money into state coffers since a large portion of Slovak companies have managed their operations and accounting books in a way that they avoided corporate taxes. 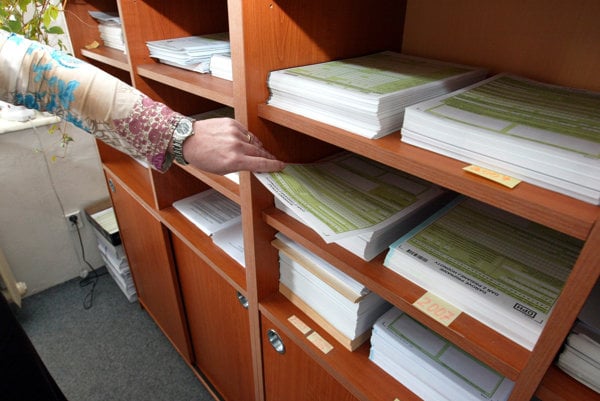 This was the first year companies were obliged to pay the fee and the policy remains controversial.

“The aim of licenses was … taxation of companies that have avoided payment of taxes over the long term; not companies that are meeting their duties but have experienced one or more bad years,” Finance Ministry spokeswoman Alexandra Gogová told The Slovak Spectator.

Tax licenses have fetched €77,725 million for the year of 2014 when the original estimate was €112,041 million, the Institute of Financial Policy (IFP), a government think tank, wrote in a report. Collection of the fees this year applied to the year 2014.

Lower than estimated revenues from tax licenses can result from closure of companies but also from the increased willingness of companies to declare profit, according to Radovan Ďurana, an analyst at the INESS economic think tank.

The legislation on tax licenses was initiated by the Finance Ministry in response to the fact that roughly 60 percent of corporate entities did not pay any corporate income tax in 2013. Alongside the tax licences the corporate tax rate was reduced from 23 to 22 percent.

There are three tax licence rates: companies that are not value added tax (VAT) payers pay €480, the state collects €960 from VAT payers, and all companies with revenues greater than €500,000 pay an annual licence fee of €2,880. Companies are able to reduce their tax duties through paid licenses over the following three years.

“Virtually every business paid at least some income tax, which might be positive,” Branislav Kováč, a tax partner at VGD-AVOS Bratislava, a company providing audits, tax and accountancy, told The Slovak Spectator.

However, according to Kováč, the negative view on tax licenses from the business sector remains.

“The major impact on the business sector comes from the negative idea of paying taxes when there is no profit,” said Kováč. “The actual negative impact concerns mainly smaller enterprises and starting businesses, especially those with limited profit or losses. Not very positive is also the limited possibility to offset tax licences from previous years with the new tax duty.”

But while it is, according to Ďurana, a bit too early for an analysis of impacts of the tax licences, the number of cancelled companies increased towards the end of 2014, an effect ascribed to the launch of tax licences.

Apart from liquidation of companies, the tax licenses have also brought a 57 percent drop in the launch of new companies, according to Index Podnikateľa.

“We are ascribing this decrease to the tax licenses, which … worsen the ability of small-sized business to launch business activities,” said Branislav Vaculčiak from Index Podnikateľa. “Few companies make enough profit that would offset the negative effect of tax licences already during the first year of doing business.”

Ďurana agrees that the tax licenses discourage doing business and the launching of new companies. “Tax licences aren’t so high that they would eliminate innovations but they might put on hold projects that are at the brink of profitability already at their inception,” Ďurana told The Slovak Spectator. “The evaluation of this measure is the fact that we have to assess something what has not happened, how many companies even have not been launched due to the licences.”

This cannot be calculated, only estimated, according to Ďurana.

While new companies are vulnerable to negative impacts of tax licences, the Fico cabinet has already prepared a plan that exempts startups from payment of tax licenses for three years.

The Finance Ministry admits that the Slovak startup environment has space for improvement and that they are aware of the complexity of the problem with tax licenses.

“Based on this reality, it is a priority of the current government to speed up the development of the Slovak economy based on innovations and entrepreneurship and intensify research and development,” said Gogová.

Ďurana believes that start-ups have shown that the idea of tax licences is questionable.

“The cabinet has admitted by adoption [of the concept] that the licences have been harming new companies, but it is willing to recognise this ‘damage’ only in cases it will itself decide,” said Ďurana. “It should focus on creating an environment where the companies can be started, cancelled and financed easily; not to classify them as startups and others.”

The Index Podnikateľa website welcomes the government’s plans to support the startup environment but they think that it might put other entrepreneurs at a disadvantage. The concept affects only startups that are defined by how innovative they are.

“It will provide startups with better conditions than traditional companies,” said Vaculčiak. “Innovation should be a part of the strategy of all companies that want to be competitive.”