THE SECOND government of Prime Minister Robert Fico wanted to be generous and distributive; but instead of austerity measures and savings in operating the state, it decided to improve tax collection. 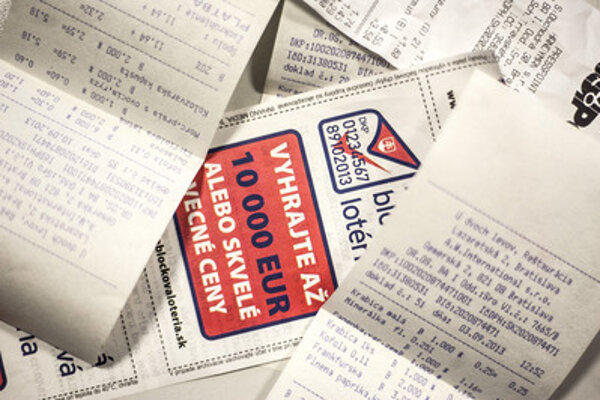 One of the tools to improve it was the National Receipt Lottery that celebrated its second anniversary in early September. The initial enthusiasm has since cooled and today people register only about one third of the number of receipts, but the government still considers the lottery a successful project.

“The decline – if we consider the huge numbers from the start of the lottery – is natural, because no lottery in the world can keep pace at the top level over the long term; and it always has a tendency to stabilise,” Rastislav Čépe, the spokesman for Tipos company that co-organised the lottery,  told the Hospodárske Noviny daily.

Richard Ďurana, head and analyst of the INESS economic think-tank, is of a different opinion. He sees the cash bills lottery as an enormous disappointment. He says that the government by launching this lottery wanted to eliminate tax frauds which it estimated to amount to billions of euros; while the lottery, according to the Financial Policy Institute (IFP) at the Finance Ministry, amounts to only millions of euros.

“The thing is that evasions of hundreds of millions of euros do not occur with individual craftsmen or salesmen,” Ďurana said, adding that the money thus saved could have been used to train tax auditors to uncover higher-level and more sophisticated tax evasions.

The Financial Administration reacted by saying that the IFP estimate that the lottery brought €7 to €8 million into state coffers is too conservative, as all gains from the lottery cannot be easily calculated.