THIS YEAR’s festival of percussions, called World of the Drums, was evidently different. Even before organisers announced it, visitors could feel that there were fewer drums and percussions, and more ethno- and world music. 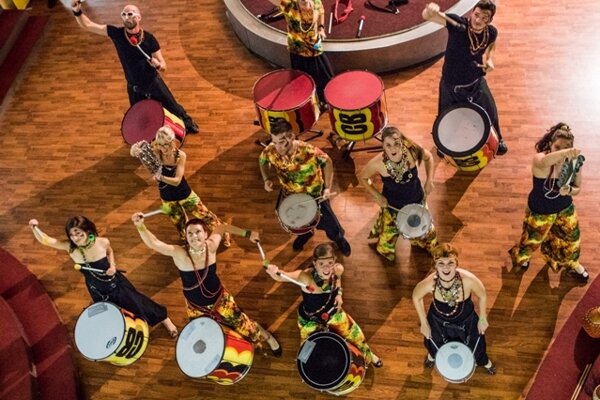 The core also shifted slightly, but indisputably from foreign star guests to domestic musicians, drummers and instrument-makers (two new instruments were introduced to the public during the 2015 edition). Moreover, foreign performers came mostly form the Visegrad Four countries (the Czech Republic, Hungary and Poland), with the only exception being the headliner on the second evening of the two-day fest, October 10 – Italian band Officina Zoe, which played traditional music from the south of their country, in some cases modernised and adapted. Their performance was the highlight of Saturday – at least when the number of dancers accompanying their show is compared.

Otherwise, also the Polish band Šango garnered much applause and continued playing for its staunch fans in the entrance hall of the Ružinov house of culture where the festival took place (maybe also for the last time). 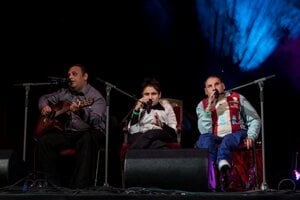 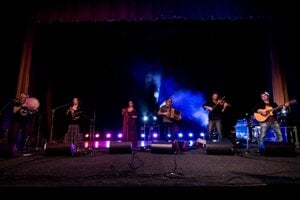 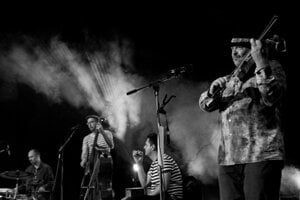 The same goes for the blind Roma siblings, Martina and František Ďuďos, who sang traditional songs of their ethnic group, but also some more modern pieces, and continued doing so (backstage) even after they cleared the stage for the next musicians.

They were discovered already several years ago, by ethnographer Jana Boldišová who arranged a project Phurikane Giľa (Old Songs) which included an eponymous CD and a series of concerts, and later the After-Phurikane project, in which Roma musicians (some more, apart from Ďuďos) were joined by professional Slovak – and one African – musicians, enhancing also the repertoire of music played. However, one of the Roma musicians, Béla Pokuta, died recently, and “as there is no other Béla Pokuta”, the participants agree, some other singers and other ideas for a new project must be found. The Ďuďo siblings were a hit at the Polish world music festival in summer 2015, and it would be a pity if they stopped bringing their special voices and interpretation to audiences, whether at home or abroad.

After being addressed and organised by Boldišová, they started touring and singing, František said, be it at Roma feasts or for more “mainstream” audiences. He admitted that the ethnographer with her project has changed their lives, bringing success. Martina added that they rehearse new pieces all the time; and one year since his death, they feel that something new may come. Boldišová confirmed their words, saying that both musicians from the After-Phurikane project and audiences keep remembering it.

The headliner of Friday, October 9, was Slovak troupe Banda – playing until well after midnight. As this was also not usually the case in previous years (when a foreign drummer closed both evenings), it was clear a change was about to happen. In the middle of Saturday evening, organiser Jarmila Vlčková and host Vladimír “Potkan” Potančok announced that the festival is about to morph, and shift rather to ethno music in general, particularly the Slovak sounds which are starting to garner international recognition. They also announced the merger with the World Music from Slovakia platform which strives to support these efforts and this trend.

So it may be said – either the King Is Dead; Long Live King!, or rather the Show Must Go On.