EVERY year, a selection of the best paintings by young Slovak artists is made – from among dozens –the top three of them are awarded, and with about ten others have the possibility to exhibit in a prestigious gallery. 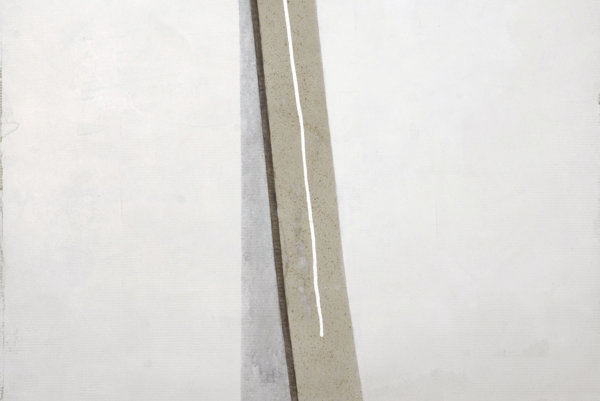 In 2015, Rastislav Podhorský, Kristína Bukovčáková and Maroš Kontroš will see their works displayed in the Nedbalka gallery in downtown Bratislava, until November 8. These, and 17 more, are shown there, and they are also presented in a – Slovak only – catalogue called Maľba (Painting) 2015. 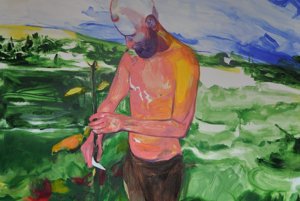 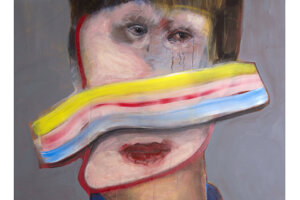 If you wonder how can artworks be evaluated and to what extent this evaluation is biased and partial, the Slovak Spectator asked one of the jurors, British gallerist (Large Glass Gallery), and art theoretician Charlotte Schepke, “I think you have to start somewhere and if you have so many – like 100 – and there is no order, you have to discuss everything,” she said. “There was also a portfolio as a background. For me, that was very important, as I do not know these artists. And then you go back to the painting, of course, because that is the centre of the judging.”

Everyone has their own criteria, Schepke explained, while also saying that she personally was primarily looking for things that “are more unusual”, as the first consideration, and then exploring how and why these artworks are interesting. “And of course, it involves a little bit of instinct, a sense of something that has interesting qualities, or is trying some interesting technique or something like that – a hint that artists are searching,” she added. The finalists must also have good painting skills – “for the communication to work”. But skill alone “does not do it because then you sometimes miss another ingredient; and the work may be reproduced well, but is does not say much,” she explained. She added that as the artists were all young – under 30 – she was searching also for this “young” quality and optimism in their works.

There were some discussions among jurors – Czech Hynek Martinec, and Slovaks Nina Gažovičová and Erik Binder – but although it was harder with the last 5-6 works, they did not quarrel, despite quite strong opinions. “We realised we were looking for the same qualities (like something progressive, in an artist of the future) – although not necessarily in the same works,” the British gallerist explained, adding that through discussion, they were able to persuade each other.

As for young Slovak art being similar or different than those in the West, “there are parallels”, Schepke said. “You can see roots in some of the paintings’ style, and a common interest of something that is ‘central European’, rather than Slovak only, but in the end “a good painting is a good painting, an interesting painting is an interesting painting; and I feel the artists do not exist in separate universes, rather they exist in the same universe,” so she sees no reason why any of those painters could not be placed next to other painters of the same generation.

Thus those who come to Nedbalka in Nedbalova 17, Tuesdays to Sundays  between 13:00 and 19:00 before November 8 – this Maľba 2015 exhibition is free – can compare their taste with the opinion of the jury and see the “similarities and the differences”.