UN SECRETARY General Ban Ki-moon is currently in Slovakia, having arrived in the evening onSaturday, October 17. The next day, he visited the town of Levoča, the High Tatras, and concluded the day with a meeting with President Andrej Kiska at Štrbské Pleso. 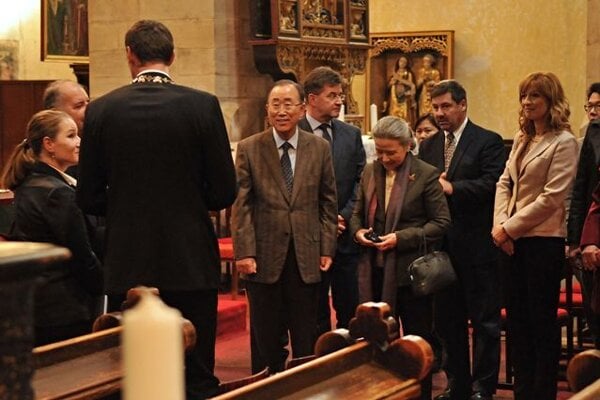 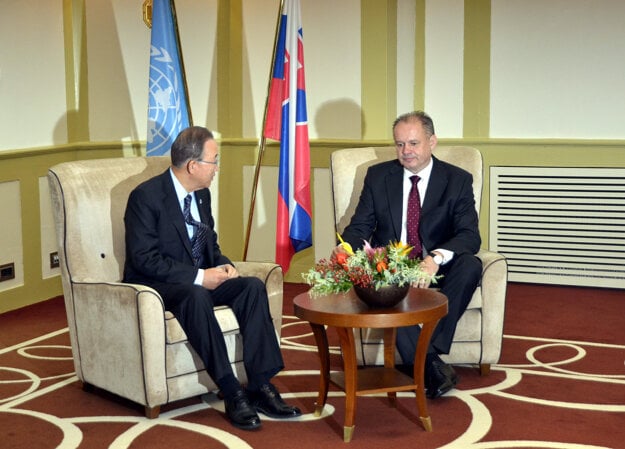 “The meeting between the UN General Secretary and the President represented to a certain degree the most senior meeting of his visit to Slovakia because he travelled here at the invitation of the President,” Foreign and European Affairs Ministry spokesman Peter Stano said, as quoted by the TASR newswire.

Ban Ki-moon discussed with Kiska the prospects of Slovakia in regard to all issues in which the UN is involved and considers them important. “That means the issue of climate change, sustainable growth, the fight against terrorism, migration crisis and, of course, active involvement of Slovakia in UN peacekeeping operations, as well as the active role of Slovakia in promoting security sector reform, which constitutes a very important part of the UN’s agenda,” said Stano. They also talked about the conflicts in Ukraine and Syria.

The President highlighted the importance of the UN in the contemporary world. “It’s a vital interest of Slovakia to have the rules and principles on which the UN was founded respected, particularly at a time of a worsening security situation in the world, including in a neighbouring country,” Kiska said, according to TASR. “We need to be aware that the rules by which we adhere and decisions that we pass impact human lives across the whole world.”

On October 17, Ban Ki-moon arrived to Poprad airport on a charter flight, from where he travelled to a local hotel at Štrbské Pleso mountain lake and dined at a traditional Slovak chalet called in Slovak “koliba”. His official visit continued the next day at Lomnický Štít peak, the town Levoča and the Spiš Castle in the afternoon.

“It was an incredible experience not only for Mr. General Secretary but also for me because we couldn't see anything at Skalnaté Pleso,” Foreign and European Affairs Minister Miroslav Lajčák, who is accompanying the foreign guest during his Slovak stay, said. “On the cable car we ploughed into the fog and all of a sudden emerged from that fog into beautiful weather and saw those magnificent rocks and the tip of Lomnický Štít peak. The General Secretary said that he experienced something this morning that he won’t forget until the end of his days.”

The trip featured also lectures from scientists of the Astronomical Institute about the important research they carry out at an elevation of 2,634 metres above sea level. From the High Tatras mountain range, the delegation went to the historical centre of Levoča where the secretary general met mayor Milan Majerský. They saw the historic Town Hall, St. James’ Church as well as the Master Pavol of Levoča House which is on the UNESCO World Heritage List. 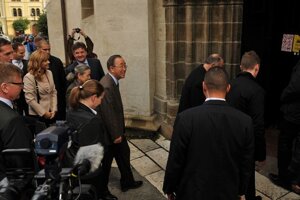 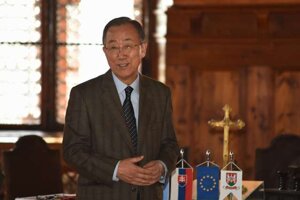 “I'm very glad that I had the chance to visit this historic town,” Ban Ki-moon said. “Already upon my arrival, I was mesmerised by the great number of preserved historic buildings. I’m glad the town takes excellent care of these historic sites and I hope it will continue do so.” He claimed that the majestic beauty of history seen in Levoča serves as a source of inspiration and demonstrates the historic importance of the entire country.

“We picked the destinations as we wanted him to see something other than Bratislava,” according to Lajčák. “This is his second visit to Slovakia as UN General Secretary [the first occurred in January 2008; while before, he visited as foreign minister of the Republic of Korea – ed. note]. We decided to take him to the High Tatras and vicinity and organised the programme in such a way as to be linked to his agenda,” the minister added, referring to items such as preparation for a summit in Paris on climate change and the UNESCO agenda.

On Monday, October 19, the secretary general continues his Slovak visit, meeting with students of the diplomatic academy of the Institute of International Affairs of the Comenius University in Bratislava, will receive the Doctor Honoris causa title, and visit the University Library. In the afternoon, he opens the exhibition on the 70th anniversary of the UN in the historical building of Slovak parliament in Župné Square, meets with Prime Minister Robert Fico, with Lajčák and with Speaker of Parliament Peter Pellegrini, SITA wrote. In late afternoon, he will travel to the refugee camp in Gabčíkovo, in southern Slovakia where he will give a joint statement for media, with Slovak and Austrian interior ministers, Robert Kaliňák and Johanna Mikl Leitner, respectively. He is slated to leave Slovakia on Tuesday, October 20. 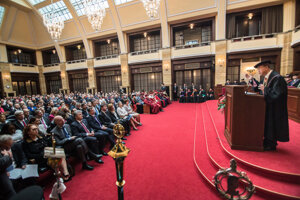 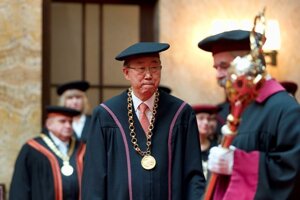 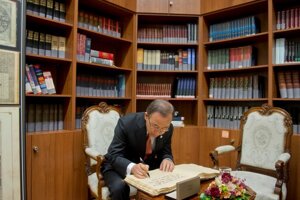