SLOVAK police have not found any suspicious account owned by PM Robert Fico and his wife Svetlana in Belize and stopped the investigation, they announced at a press conference on October 16. 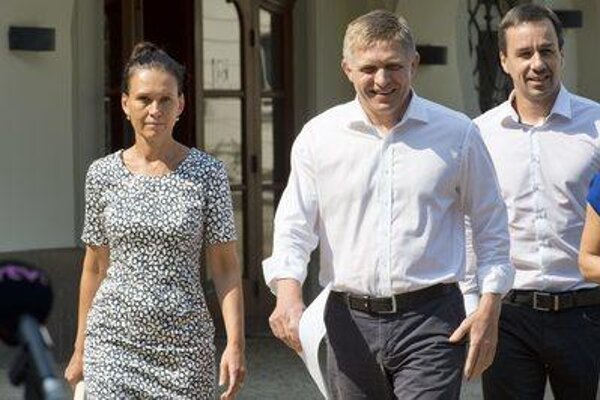 Fico called the chairman of Ordinary People and Independent Personalities (OĽaNO) Igor Matovič – who first informed media about the suspicions – a liar “who has no business being involved in Slovak politics”, according to the TASR newswire.

Matovič in reaction started talking about skulduggery in the public competition at the Interior Ministry. According to him, the commission from the tender worth some €22.4 million for purchasing four- and six-wheel vehicles (amounting to €8 million) ended in the accounts in Belize.

The police say, however, these are two independent investigations, the Sme daily wrote on October 17. The investigation of the alleged skulduggery is being carried out in a separate proceeding.

A National Criminal Agency (NAKA) investigator has ruled out the existence of shady bank accounts in Belize and found no link with documents provided to law enforcement by Matovič, Police Presidium spokesman Michal Slivka said, as quoted by TASR. “Mr. Matovič has lied and fabricated everything out of thin air. He slandered me as a prime minister and individual as well as my family.”

Fico stated that Matovič accused him of secretly founding a shell firm along with his spouse and creating bank accounts in the tax haven where he gradually transferred an enormous sum of money that could have originated only from criminal endeavours.

Fico revealed that during his questioning at the hands of police he had an opportunity to familiarise himself with Matovič’s documents. The four envelopes that Matovič delivered to the police president, the general prosecutor, the special prosecutor and the Slovak Intelligence Service (SIS) director contained documents and contracts concerning a public tender of a specific ministry. Matovič claimed that kickbacks in the manipulated tender equalled €8 million, but according to Fico the entire tender was worth less than the aforementioned sum.

In August, Matovič claimed that he had received an anonymous letter in July stating that Fico and his wife had a letterbox company in Belize and a bank account with around $700 million. Fico rejected the claims and, with his wife at his side, announced that he would file a criminal complaint against Matovič for slander. 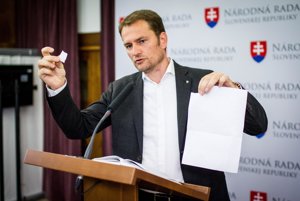 Matovič reacted by saying that “friends of Robert Fico perfectly fulfilled their task, sweeping his problem under the carpet”. he added that the NAKA was absolutely not interested in thoroughly investigating the case, in the first place.

Police did some excessive work for Fico and his wife, Sme commentator Adam Valček wrote on October 19. Instead of showing its impartiality, police let themselves be involved in election campaigning. In an unbelievable time of two weeks, police managed to get a confirmation from Belize that the Ficos have no account there. After the investigator refused Matovič’s criminal complaint, police immediately published a press release, so that Fico could summon a press briefing an hour later, announcing that Matovič was a liar. What a pity, Valček writes, that police have not been that prompt in cases like emission quotas, the bulletin-board tender, Váhostav or the Gorilla case.

It is also interesting how Fico got to see the confirmation from Belize (part of the police file) – which is quite unusual in police proceedings. This raises the question whether an ordinary citizen would have the same possibility to see documents from police files. Probably not, according to Valček, as there is even a paragraph in the Criminal Order which claims that police can deny participants from looking into the file “if it could harm or seriously complicate the investigation”.

Another thing is that if the information about a potential account is to have the weight of evidence, police would have to ask for so-called legal help, which takes a long time. In another case – involving €4.8 million – police waited for information from Belize for at least one year, Valček concludes.

It is even more unusual that police have published the whole complaint by Matovič, even the part concerning the dubious ministry tender which is still under investigation, the Denník N daily wrote. Matovič himself has so far refused to do so. “The investigator decides on what shall be published and what shall not,” Police President Tibor Gašpar argued, as quoted by the daily. He added, however, that this does not mean that from now on, police will publish everything journalists ask them for.