AS PART of his visit to Slovakia, United Nations Secretary-General Ban Ki-moon on Monday visited the facility in Gabčíkovo (Trnava Region) accommodating Syrian asylum seekers from Austria, and called the ongoing migration crisis a crisis of global solidarity, not a crisis of numbers. 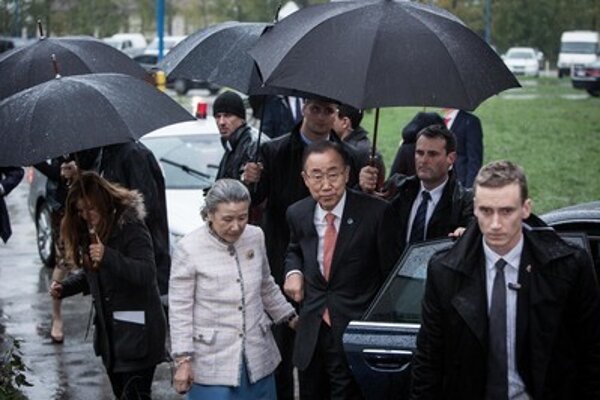 According to Ban, the current crisis may be a major challenge regarding how prepared people are to help those who seek to attain protection and better opportunities for their children and themselves, the TASR newswire reported.

While many European countries are faced with serious political, economic and social challenges in admitting migrants, we mustn’t lose sight of the fact that the refugees are fleeing wars and persecution, said Ban. With that in mind, he urged world leaders to show global solidarity and a heart for migrants. 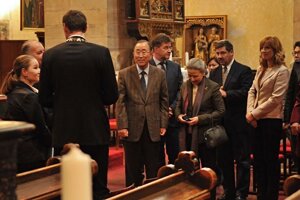 “They’re people who need urgent humanitarian assistance,” he said, and - referring to the facility in Gabčíkovo which is currently home to 483 people seeking asylum in Austria - gave thanks to Slovakia and Austria for looking after migrants.

Slovak Interior Minister Robert Kaliňák called the placement of the asylum seekers from Austria in the facility in Gabčíkovo “not very typical” among solutions to the migration crisis.

“We continue to offer this solution to the European Commission and other countries,” said Kaliňák as cited by TASR.