The look of Slovak driving licences will change

The police have already started to issue new types of licences, but it is not necessary to exchange old licences for new ones. 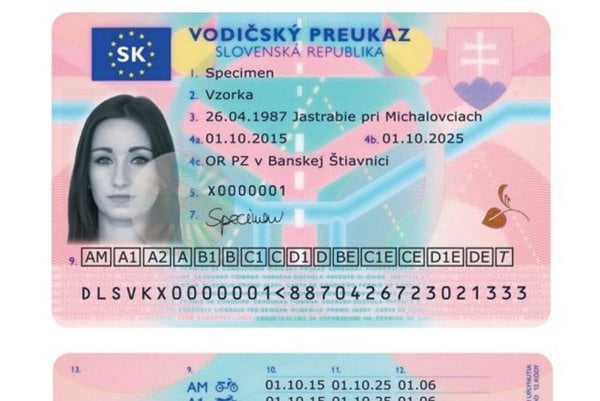 THE LOOK of Slovak driving licences was most recently changed when Slovakia joined the European Union in 2004, but they should be changed again within a year, the Sme daily reported. Onetime pink cards are becoming pink again but the main reasons for the change are new features which strive to prevent forgery and fraud.

“Slovakia as an EU-member state is constantly passing all essential measures in order to prevent forgeries of driving licences and their details,” said the Interior Ministry spokesman Ivan Netík.

Data concerning holders of driving licences will remain unchanged. Nevertheless, the stamping on the back side of the card will change, as an embossed inscription ‘Slovak Republic’ will be added. Elements visible only under UV light will also acquire a new shape.

The Interior Ministry claims that the quality of protection elements and printing will be also improved.

“We’ve managed to procure the lowest price ever for the clean copy of a document,” said Netik.

The new visual features on driving licences have been incorporated into a new regulation related to a Road Traffic Act amendment. The bill is to enter into force as of January 2016, but new driving licences are already being issued as the stock of the old ones has already been exhausted.

Transport analyst Jozef Drahovský said that the changes in design for improvement of protection are commonplace and don’t do any harm. According to another analyst, Jan Bazovský, there haven’t been any problems with the current version of the licence, however.

Drivers will not be obliged to exchange the old licences for new ones, however, with the state planning to replace them gradually. As of 2013, the validity of a driving licence isn’t unlimited anymore. Based on individual categories, driving licences can be valid from five to 15 years.