Startup conference is over, consequences expected

Two Slovak startups advanced to the finals of the event; investments of €4.4 million promised. 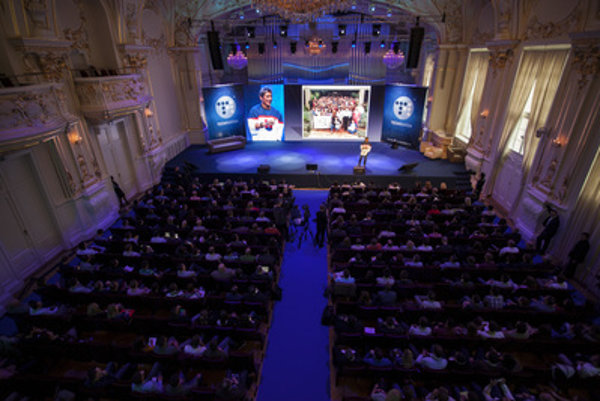 Guy Kawasaki was the main speaker at the conference. (Source: TASR)
Font size:A-|A+11

THE FIVE-DAY conference TechMatch Slovakia 2015 whose main aim was to help startups and which made media headlines due to its allegedly inflated costs wrapped up on October 16 with the announcement of winners as well as potential investments. Nevertheless many questions remain which may be answered with closer scrutiny of the costs and the public procurement process, while their results may cost the head of semi-state Slovak Business Agency (SBA) Branislav Šafárik his post.

Speaker of Parliament and so-called digital leader of Slovakia Peter Pellegrini, by his absence at the conference, has sent a message that not everything with the conference was alright.

“I did not take part in the TechMatch conference aimed to support startups so as not to create the impression that I’m fully legitimising it,” Pellegrini said during a discussion show broadcast by the public RTVS on October 18, two days after the conference was over, adding that he originally planned to participate. But after the media pressure, a boycott from the side of the startup community and lack of information he decided not to attend.

The SBA is already undergoing an audit of its activity by the Economy Ministry on whose results Minister Vazil Hudák may draw consequences. Already during the conference on October 14 Minister Hudák, whose Economy Ministry is one of the groups behind the SBA, curbed Šafárik’s powers to close contracts related to finances or property. 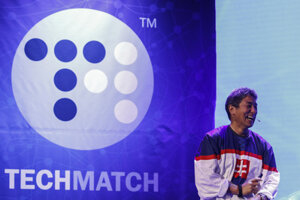 The framework agreement for organising the conference spoke about costs of the conference of €1.4 million while Šafárik has promised that it would certainly be less, by about €200,000-€300,000. In total, the Slovak cabinet has allocated €1.5 million for support of startups in Slovakia in 2015.

Immediately after information about inflated costs occurred, the SBA asked the Public Procurement Office (ÚVO),  Slovakia’s Fair-Play Alliance (FPA) as well as other organisations for examination of costs for organising the conference further reiterating that it has not violated any rules during public procurement when organising and securing this conference.

Zuzana Wienk from the FPA pointed out in the Denník N daily that the SBA had signed a contract with the winner of the tender to organise the conference ADOM.M Studio only on September 21, i.e. only two weeks before the start of the five-day conference. Wienk further pointed to media-revealed information about involvement of an American company, US Market Access Center (US MAC), in organising the conference when it started promoting the conference as its own in April, even though the tender was announced only in June.

“Everything indicates that this tender was agreed upon in advance and manipulated,” Wienk wrote, while the FPA ponders filing a complaint with the ÚVO and prosecution.

The parliamentary committee for economy will deal with the handling of public funds in the SBA on November 5. Its head, Ján Hudacký from the Christian Democratic Movement (KDH), informed on October 16 that this agency for supporting small and medium-sized businesses has recently made headlines several times, which may prove ineffective handling of public finances. The most visible of them is the startup conference TechMatch.

“It is obvious that serious mismanagement has occurred in this agency,” said Hudacký as cited by the TASR newsire. “Thus I asked Economy Minister Hudák and SBA general director Šafárik to deliver information to committee members about the conference and also measures including personal ones, that will be adopted for more effective and transparent handling with public finances in this agency.”

The conference was a chance for 60 selected startups, of which only nine were Slovaks, to meet with experts, attend a training programme and pitch their idea in front of the business angels and venture capital funds in order to secure funding or an invitation into the acceleration programme. After evaluation of their business model, level of presentation and prospects of potential cooperation with corporations, 12 best startups advanced to the event’s finals.

Among them were also two Slovak companies: Datamolino and Venzeo. While Datamolino offers a software service capable of automatically extracting data from paper and electronic invoices and exporting them into accounting software suites, Venzeo offers a special application – it enables creating photo evidence of finished work, progress or problems and this way it helps service-oriented organisations with employees.

“There have arrived here perfect people from Silicon Valley and their experiences are monstrous,” said Jozef Vodička of Venueo when assessing participation at the conference for RTVS, adding that it was a great benefit for them to talk with them and ask them about their opinions.

US MAC also indicated that it will invest $5 million (€4.4 million) in Slovak startups within the next 48 months.