The grille in Domica Cave has been removed, underground boundary stone remains

THE DOMICA Cave near the village of Kečovo in the Rožňava District contains exceptional geological, geo-morphological, biological and archaeological values. It leads underground to Hungary. 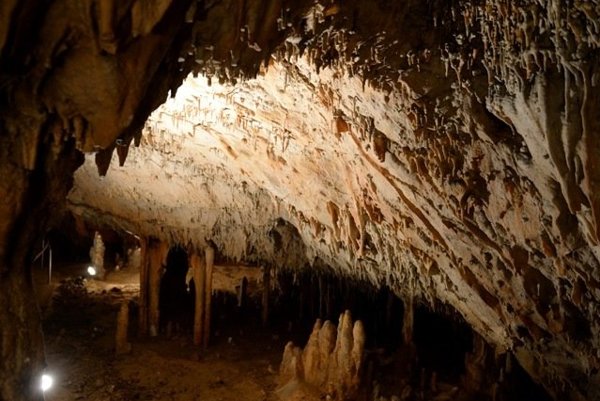 There is no other Slovak cave besides Domica which would lead all the way to a neighbouring country, Ľudovít Gál, head of the department of cave administration of the Slovak Caves Administration, told the TASR newswire. Domica even includes a boundary stone which marks the border between the two countries.

It forms one cave system with the Hungarian cave Baradla but for years they had been divided by metal grilles which barred people from crossing borders into the other state. Recently, the grilles have been removed on both the Slovak and the Hungarian sides.

“One grille has been left down where the brook flows,” Gaál said. “We left it to collect potential pollution and waste – e.g. plastic bottles – as our Domica lies higher than Baradla,” he explained. He added that pollution is regularly monitored, as this is a duty in the case of cross-border caves. Currently, it is possible to walk from one cave to another, but only experienced speleologists with professional equipment can manage it, according to Gaál.

“On the Hungarian side, about 100 metres from the border, there are siphons, i.e. narrow spaces filled with water,” he said, adding that ordinary visitors would get wet up to their necks, and maybe would not be able to cross over there. When there is even more water, the siphons get closed completely.

All important values of both caves are stated in a book which was published in 2014 with financing from EU-funds. Gaál stressed that it helped compare the data of Domica and Baradla and after being compiled, awesome results were brought to the public. In the system connecting both caves, there live 500 underground animal species and thousands of individual bats.

However, an unsolved issue remains concerning the entrance to the cave where the Domica Resort hotel lies – it has been closed for several years and is dilapidated. However nice the entrance area may appear, the opposite space looks deplorable, Gaál summed up. 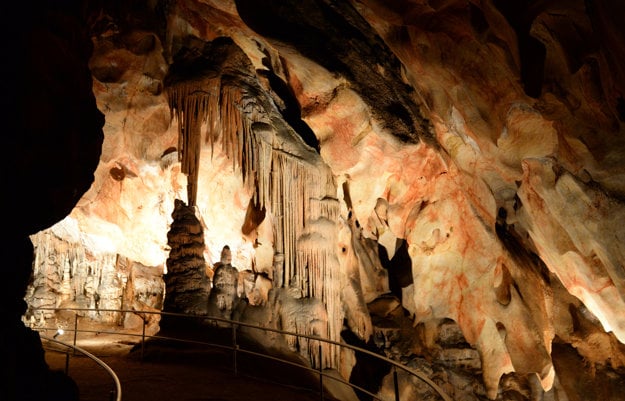