TRANSPARENCY in the self-governing regions of Slovakia has slightly improved compared to last year. 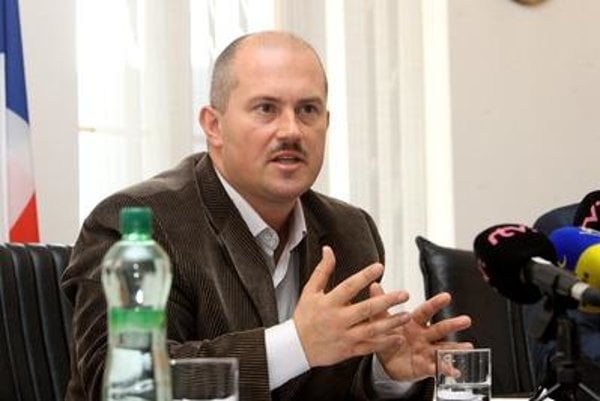 This stems from the report published by the Transparency International Slovensko (TIS) watchdog on October 20.

As in 2013, when the last evaluation took place, the list is topped by the Banská Bystrica Self-Governing Region, while Trenčín Region finished bottom. These two regions also witnessed the biggest changes compared to the last report.

“This is the third time we have conducted a report on the transparency of the self-governing regions,” Michal Piško of TIS said, as quoted by the TASR newswire, adding that this time they noticed a slight increase in the transparency, by roughly 2.5 percent.

Compared to 2011, when the first evaluation took place, the self-governing regions improved their transparency by about 5 percent, from 46 to more than 50 percent. Though the trend is positive, there is still room for improvement, Piško said.

Moreover, the gap between the regions has narrowed, which means that the regions’ transparency evens out.

Though Banská Bystrica Region still tops the list, it has reported the biggest loss. It, for example, has started misusing the region’s media.

“The vast majority of stories describe the activities of Governor Marian Kotleba,” said Martin Kollárik of TIS, as quoted by TASR. “He also stopped using electronic auctions when selling property. Until recently not even the property disclosures for 2014 were published on the region’s website.”

Second most transparent region in Slovakia is Prešov, followed by Žilina, Bratislava, Košice, Trnava and Nitra. Trenčín Region finished bottom, but it has reported a significant improvement. It, for example, started publishing the reports from regional government’s session or using the written tests in selection procedures. It also prepared for the situation where a possible conflict of interests could occur in the public procurement.

“We identified the biggest defects in the human policy field and the participation of the public in decision-making,” Piško said, as quoted by TASR.

TIS revealed that with the exception of Trnava, all regions do not hold selection procedures when choosing officers. Regarding the participation of the public, none of the regions allows people to participate in discussions and speak without regional deputies giving their consent with such speech. Additionally, no region allows its inhabitants to report their complaints online, as reported by TASR.

TIS evaluated the regions based on 110 indicators in 11 categories. They used eight different sources, including websites and questionnaires sent to the regional officers, as well as regional media and requests sent to regional governors and chief inspectors. TIS considers its survey an effective tool to improve the public control in order to fight corruption and nepotism.