New stretch of the D1 highway opens in northern Slovakia

A NINE kilometre stretch of the D1 highway between Spišský Štvrtok and Levoča (Prešov Region) and which is part of the new cross country route between Bratislava and Košice, opened for traffic on October 20. 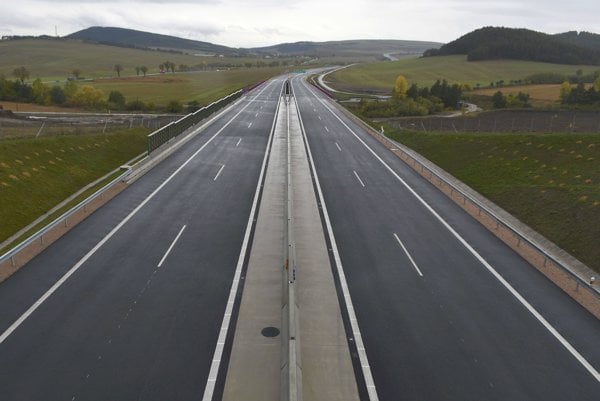 It is one of the three sections between Ružomberok and Poprad which should be open by the end of this year. Together with another stretch between Levoča and Jablonov, the new road should shorten the journey by 10 minutes, the SITA newswire reported.

The recently opened stretch will benefit the whole region around Spišská Nová Ves and Levoča as it will ease the traffic on the I/18 road and improve the lives of people living there. It is hoped that it will also lure new investors into the region and help create new jobs, said Transport Minister Ján Počiatek, as reported by the TASR newswire.

Part of the road is also the section near Iliašovce where a bridge collapsed in November 2012, claiming four lives of which the investigation has already been concluded, Počiatek stressed.

“It is now up to the prosecutor’s office whether any charges will be made and how the case will continue,” the minister said, as quoted by SITA, adding he hopes that the next steps will be announced in following weeks.

The construction of the road cost €59.9 million and was financed from the EU funds and the state budget. It was realised by Váhostav and companies Bögl a Krýsl and commenced construction in June 2011. The original date of completion was scheduled for the end of 2013 but it was postponed to summer 2014. One of the reasons for the delay were several complications that accompanied the building works, said Ondrej Gajdoš, head of the National Highway Company (NDS).

Protesters who disagreed with the construction of the highway, including leader of the Ordinary People and Independent Personalities (OĽaNO) Igor Matovič, attended the opening of the new road, holding up various banners.

Počiatek responded that “it is necessary to realise that these highways come from the era of so called glorified cheap highways which in fact did not prove to be the cheapest but the most complicated since the then government urged the prices which were not realistic”, as reported by SITA.

Christian Democratic Movement (KDH) chair Ján Figeľ, who served as the transport minister between 2010 and 2012, says that Smer opens these cheap highways as part of his pre-election campaign. During the rule of Fico governments, the highway construction has become long drawn out and expensive, he said, according to TASR.