AT THE October 21 session of parliament, Slovak MPs failed to recall Education Minister Juraj Draxler, after eight hours of discussion. 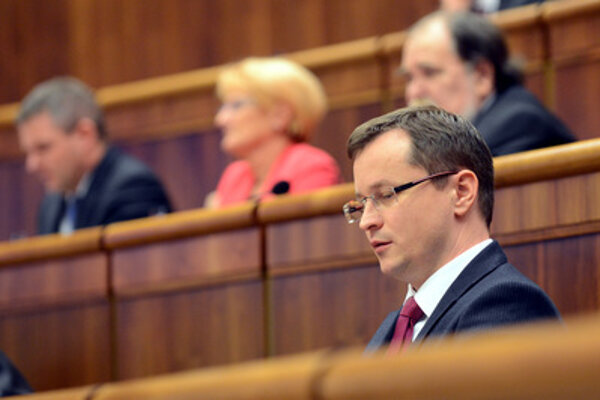 Of a total of 110 deputies present, 35 voted for, and 75 against the proposal filed by opposition MPs Martin Poliačik (Ordinary People and Independent Personalities, OĽaNO) and Martin Fronc of the Christian-Democratic Movement (KDH), and signed by 33 opposition lawmakers, the SITA newswire wrote.

Draxler therefore retains his positions as both a member of the government and Minister for education, science, research and sport. The opposition mentioned three reasons for his possible dismissal – the case involving the Methodology-Pedagogy Centre and an alleged transaction fraud, issues concerning Ekoiuventa – an “edutainment” centre in Bratislava that was recently vacated – with speculation that a former developer from financial group Penta would buy the land on which Ekoiuventa is located; and the minister’s personnel policies wherein questions of competence have been raised, according to the TASR newswire. 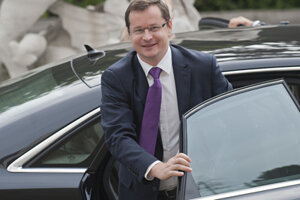 The case of alleged fraud, in which €460,000 was sent to a false account, has been cleared up in the meantime. The Methodology-Pedagogy Centre (MPC), an organisation of the Education Ministry, paid almost €460,000 in August for a national project in which the Kvat company was meant to provide socialisation packages for children from disadvantaged settlements, with the invoices due on July 1. However, MOPC economist Jozef Kováč received a fraudulent e-mail by the end of June, announcing a change of accounts. Finally, he lost his job although he had nothing to do with the fraud, he says.

The opposition claims that Draxler knew about the fraud and reacted indifferently, in a lax way, failing to draw consequences for the MPC head. On October 20, an audit in MPC ended and the report found that apart from the head of the economic department, mistakes were made by two more financial managers, who were fired in the meantime. The money should be returned, TASR quoted the ministry as having said. Draxler claims that it was never lost in the first place, and so it was impossible for it to have miraculously surfaced one day before the planned no-confidence vote.  He says the only issue to be solved was how quickly the money can be returned to MPC.

The Minister dismissed all other accusations, too, and sees them as an effort to make political capital from the no-confidence vote, he told SITA, adding that he feels sorry for politicising the school and education issues before the general election.