THE GOVERNMENT approved the aid for non-governmental organisations (NGOs) in relation to the current refugee and migration crisis on October 21. 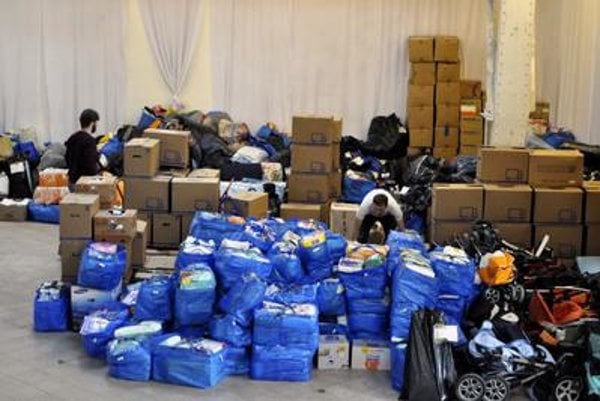 This proposal was approved with some reservations and comments, concerning for example the question of health care, the Foreign Affairs Ministry’s state secretary Igor Slobodník told the SITA newswire. Interior Minister Robert Kaliňák added that his ministry had some reservations concerning cooperation with the Office of the UN High Commissioner for Refugees, UNHCR, through Slovak NGOs.

The Government has already discussed the support for the activities of NGOs in terms of humanitarian and integration support for refugees – filed by initiators of the Plea for Humanity petition last week. However, the negotiations were then suspended.

According to the report on possible aid, the Slovak national lottery company Tipos has assigned €500,000 for humanitarian and integration aid to refugees. NGOs and development organisations have submitted seven project proposals worth some €350,000 that are aimed at providing humanitarian and legal aid and health care to refugees.

The money is to reach the NGOs as soon as this is technically possible. “We need to maintain these projects and we are ready to finance these activities,” said Finance Minister Peter Kažimír. Education Minister Juraj Draxler mentioned the possibility of setting up a fund for refugees. It would be a special fund that would enable dozens of students, mainly from Syria, to study at Slovak universities.

Regarding the integration of approximately 500 refugees with international protection in Slovakia, other resources will have to be found in order to provide for the basic needs of the people. The report states that the budget of the Interior Ministry’s Migration Office will need to be shored up with an additional €4.535 million.

Slovakia has provided €568,000 from public funds this year for financial and material aid to Syrian refugees.

There is another extraordinary donation for various special funds to aid Syrian refugees planned, and one for international organisations providing in humanitarian assistance. At the moment, a delivery of container housing units to Serbia is being prepared that will address some of the most pressing needs with respect to the refugees in Presevo camp (near the border with Macedonia) in Serbia. A similar contribution may go to a refugee camp in Hegyeshalom in Hungary.

The World Food Programme will receive a voluntary contribution of €300,000 from Slovakia, and the same amount will go to the Migrant and Refugee Fund at the Council of Europe Development Bank.

The Foreign Affairs Ministry is communicating with NGOs and individuals that operate in the Middle East and is looking for ways to co-ordinate activities with them. The Defence Ministry is able to provide accommodation for a maximum of 1,500 people in the case of an extraordinary inflow of refugees into Slovakia, TASR wrote.

Through the state agency SARIO, the cabinet could support the education of business-people on issues of development aid, or train migrants who already are in Slovakia and who show potential for supporting exports and investments in their homeland so that they can use the knowledge after returning home, and thus support its growth. Economy Minister Vazil Hudák sees also possibilities for Slovakia in using the regime of so-called start-up visa; Slovakia could grants visa to those refugees who have the skills to found new innovative projects, i.e. start-ups, according to SITA.