WITHIN the current crisis with refugees flooding into Europe in their thousands, Slovakia has shown willingness to lend a helping hand to countries most affected by the issue to protect their boundaries. Slovakia is ready to lend a helping hand to Slovenia who has requested police and financial assistance to boost the protection of its border with Croatia, Interior Minister Robert Kaliňák said after cabinet meeting on October 21. 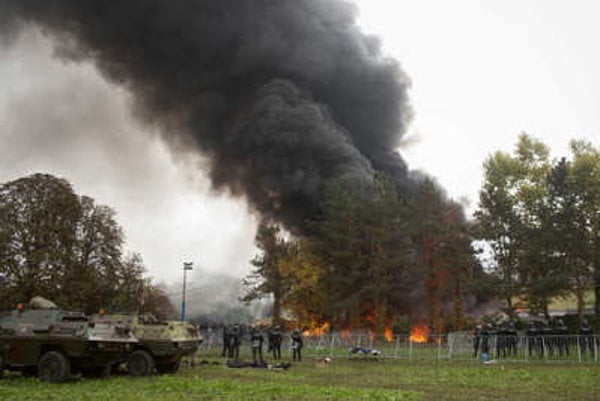 He noted, as quoted by the TASR newswire, that as far back as last spring, he talked to his colleagues in Slovenia and Croatia regarding how the migration issue cannot be resolved merely by statements; rather, preparations need to be made. “The underestimation of the situation is taking its toll now but we’re ready to help Slovenia and talk with Croatia as the situation there is not good, neither for the two states nor the refugees,” the minister said.

Slovenia’s Parliament passed legislation to provide the armed forces with greater powers in helping police patrol the country’s borders. Thousands of refugees are now entering the country, via Croatia after Hungary closed its borders. Slovenia is also set to ask the European Union for financial as well as police assistance.

A total of 9,000 refugees crossed the 670 kilometre border between Croatia and Slovenia on October 20 alone. Slovenia says it can handle up to 2,500 refugees daily at most. The Slovenian armed forces comprise of only 7,000 soldiers, with 140 of them deployed on the border to support the border police.