THE SLOVAK Defence Ministry wants to rent out the loss-making state company Letecké Opravovne Trenčín (LOT - Aircraft Repair Company Trenčín) to private management. But among the companies that have shown interest in renting the company none look to have experience in the aeronautics industry and trade unions have issued a strike alert in opposition to the plan. 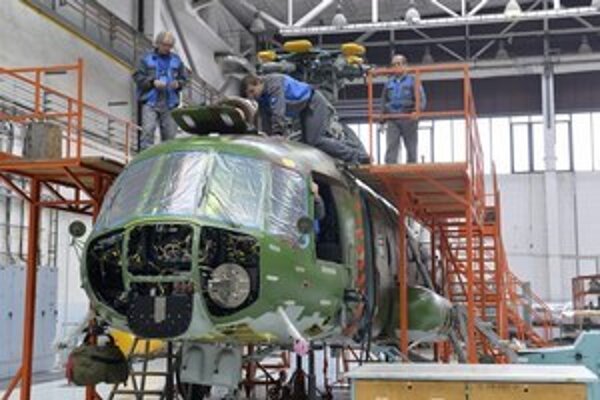 “The Defence Ministry is dealing with the situation and is paying it an appropriate attention,” a spokesperson t old the Sme daily.

Defence Minister Martin Glváč will visit the company October 27, and officials will decide on the future of the company only after this visit.

LOT is the third military maintenance company that the Defence Ministry wants to rent to a private company. 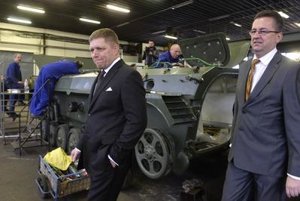 Now, shortly before the planned announcement of results of the tender to rent the company for 20 years the Defence Ministry is considering canceling the plan. The deadline for submitting price offers lapsed last week while only three companies submitted bids, after five companies had shown interest during the first round. The ministry has not published the names yet saying that it has not yet opened the envelopes. It has time to do so by the end of October, Sme wrote.

Miroslav Výboh, a friend of Prime Minister Robert Fico and businessman linked with the ruling Smer party, used to own Willing. Výboh announced some time ago that he sold stakes in Willing in 2012, Sme wrote.

MSM Martin has already rented the VOP Trenčín company as well as military maintenance firm in Nováky. It is engaged in repairs and production of ground military wheeled and tracked equipment, among others. SLI has a wide range of activities but especially testing and diagnostics.

While interested in the first round, companies Versor and Czech European Air Services in the end did not submit their price offer.

Trade unions at LOT issued a strike alert on October 15. They urge that the tender be cancelled, arguing that renting LOT to somebody without sufficient experience in aeronautics does not make sense.

“Companies without needed certificates or licenses can keep neither production nor employment,” trade unions’ boss Viliam Jánošík told Sme, adding that to obtain needed permissions is time-consuming and costly. Their automatic transfer from LOT to the new renter is legally impossible.

The Defence Ministry has labelled as its priority keeping  employment at LOT at 320 people.

The trade unions, apart from cancelation of the tender, also called for replacement of the management. LOT has been loss making during five out of the last seven years. In 2013 its loss was €4.1 million and in 2014 the loss exceeded €1.3 million.

The trade unions would like to see results close to zero at least and they fault the lack of large foreign orders as the reason the company is losing money.

“But it has been showed that somewhere there is a problem,” said Jánošík.

Based on the published asset declarations of Milan Mutala, chairman of the LOT board of directors, his income from a public function in 2014 exceeded €50,000. This means his pay exceeded Prime Minister Robert Fico, who earned less than €45,000 in his public functions, Sme wrote.

“Remuneration for performance of the chairman of the LOT board of directors is several fold lower,” the Defence Ministry wrote as cited by Sme.