FRAUDSTERS have imported tens of thousands of litres of mineral oil and sold it as diesel at petrol stations throughout Slovakia with the loss of tax revenue amounting to almost two million euros. Investigator of the Criminal Office of the Financial Administration (KUFS) charged almost 20 people after a big raid in September. 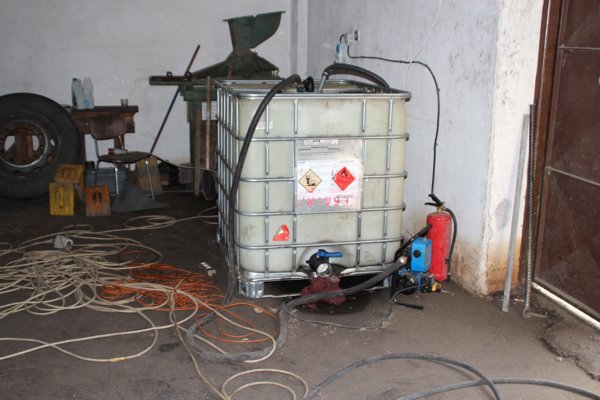 The defendants had been illegally importing mineral oil from Poland since 2013, supplying various stores and selling directly to petrol stations. Originally, Slovakia was meant to be just a transit country for the fuels which were destined for Hungary, Croatia, Bulgaria or Cyprus. Instead, it was sold at Slovak petrol stations as diesel oil and avoided paying due taxes and customs. Mineral oil was imported in 1,000 litre barrels or tanks, and then pumped into tanks with Slovak license numbers. It was also imported directly form Poland through a Bratislava based company, spokeswoman of the Financial Administration, Patrícia Macíková, informed in a press release on October 21.

In September, customs officers of KUFS seized a total of 34,500 litres of mineral oil. They are preparing accounting and tax documents for criminal proceeding, computers involving the accountancy, USB and other devices, including paper documents, bearing evidence.

A Bratislava based company fictitiously bought diesel oil from a company in Partizánske which had its VAT registration cancelled by authorities, had no license to trade with mineral oils, and had a homeless person registered as a representative since 2014. They categorised the mineral oil as diesel oil and as a result, evaded taxes amounting to at least €1,973,088.

KUFS investigator charged 17 people and an additional four have been detained in custody pending further investigation. Three Slovaks were charged with tax and insurance evasion as an organised group, they face up to 12 years in prison. Fourteen more people from Slovakia face up to 12 years’ imprisonment.