New records made by Slovak strongmen – and strong-women

COMPETITIONS comparing the strength are popular – and sometimes even bring records. In mid October, the competition in Levice brought about a new record: strongman František Piros of Galanta beat his own Slovak record in lifting a burden above his head in a standing position. 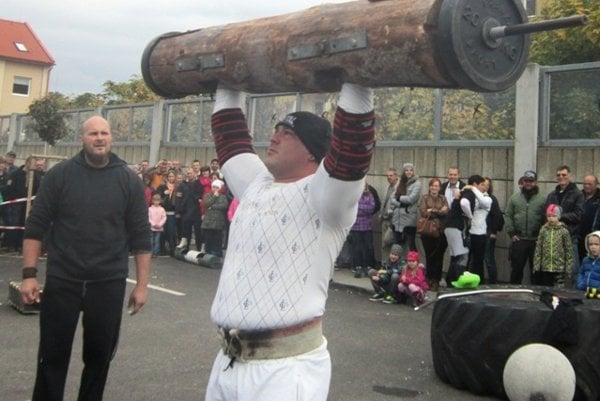 On October 18 in Levice, he lifted 175 kilograms – 9 kg more than the record of 166 kg from 2001. Piros made the attempt under supervision of a commissioner and received a certificate from the Book of Slovak Records, Igor Svítok – author of the book – informed the TASR newswire.

The Levice contest saw, for the first time in Slovakia, non-traditional power related disciplines of mixed couples (a man and a woman) taking place, Svítok said. He added that these disciplines included pulling a towing vehicle weighing 7.5 tonnes; joint overturning of a tire weighing 400 kilograms; joint carrying of suitcases of 115 kilograms for men and 50 kilograms for women; Lifting a concrete ball, men 135 kg, women 35 kg.

Audiences must have been satisfied, as true champions participated in this competition, including Igor Petrík, the strongest Slovak of the years 2014 and 2015, and Branislav Golier, 6 time strongest Slovak and bearer of the Slovak record in turning a concrete ball weighing 10 kg around his head, as well as others. 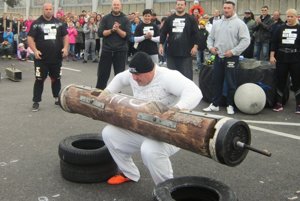 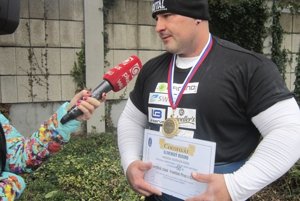 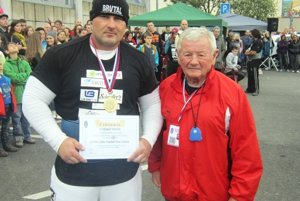