Poland is not Slovakia

Poland’s election looks set to follow patterns apparent throughout the developed world. Voters are frustrated with politics and when election times comes whoever is in power is likely to be kicked out of power. 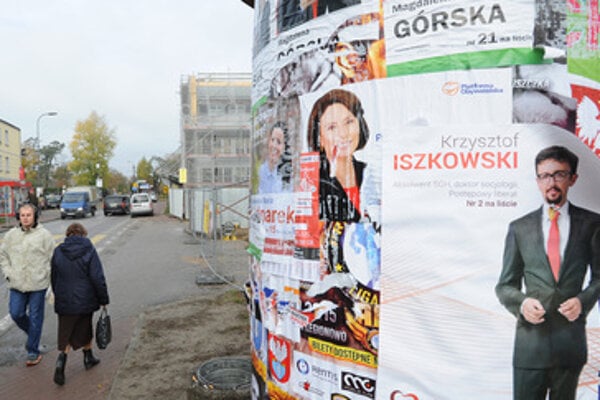 If polling is any indication, the Poles are preparing to oust the ruling Civic Platform (PO) party which, among other things, managed to guide the country through the recent years of financial turmoil without the economy entering recession – the only EU member to do so. But these days voter decision making is about feelings not numbers.

Poles feel that PO, after eight years in power, has lost touch with the common citizen. A series of leaked recordings that exposed many of the party’s top politicians using coarse language over lavish dinners only added to the perception. Ex-prime minister Donald Tusk – probably noting the trend – left for a post in Brussels.

When new Prime Minister Ewa Kopacz took over for Tusk, she had the difficult task or reversing PO’s fortunes and did little to accomplish it. Rather than take bold steps, PO began plotting for the election.

An early 2015 plan to overhaul the ailing state-owned coal sector lasted just days before unions forced a government retreat. For the next 10 months the government presented alternative plans for fixing the coal sector, none lasted more than a few weeks. As of today nothing has fundamentally changed and the coal sector has lost tens of millions of zloty more. Worried about poll numbers, the government forgot to actually govern.

In Slovakia the public’s underlying feelings are the same (67 percent of Slovaks are “not satisfied” with how democracy works according to Eurobarometer), but the likely electoral result next year is not. People distrust the government and think governing elites are corrupt. Their direct rejection of Prime Minister Robert Fico in last year’s presidential campaign shows they may even be tired of him too.

Much like PO, the Smer government has also done nothing bold in the past year. The judiciary and health care remain largely unreformed, a 1976 law still regulates most construction in the country. Meanwhile short term policies react to individual cases (a bankruptcy here, a procurement scandal there) or react to public opinion trends (challenging EU refugee policy in court).

But unlike Poland there is no coherent, clear alternative. There are plenty of new parties popping up for sure, but most are similar to what came before – with different names. In fact, on prominent issues much of the opposition is difficult to differentiate from Smer.

Positions on refugees, minorities, gay marriage are the same. The opposition is against corruption (everybody is) and more in favor of NATO (foreign policy doesn’t win elections). They favour cutting the deficit (which Smer is doing) and economic growth (which is also occurring under Smer). In short, vote for them because they will just do all these things even better.

Fico and Smer have taken the most votes in every national election of the last decade – except for one. Earlier this month the winner of that election, President Andrej Kiska, took to parliament to express clear alternative views on key issues.

He had to because nobody else does.