Links between Ireland and Slovakia stretch back to the era of the Celts. Today, those connections have expanded and multiplied. 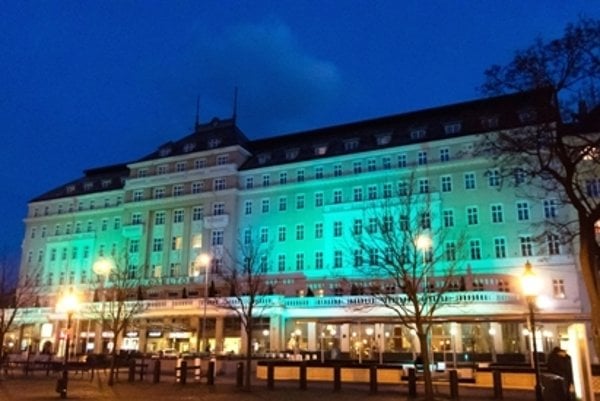 I AM often asked what Ireland’s Embassy in the Slovak Republic is aiming to achieve. Whilst many are familiar with Embassy functions that involve direct contact with the public, such as issuing passports and visas and offering consular protection to Irish citizens, the broader purpose of the Embassy is not always well known or understood.

The Embassy of Ireland has an important role to play in fostering excellent relations between Ireland and the Slovak Republic. We do this in several ways. Firstly, through political engagement with the Slovak Government and Slovak public representatives. Building the relationship between our countries is essential so that we understand each other’s policies and plans as we build a strong future together as committed members of the EU.

Raising Ireland’s profile is another significant part of the role. The Embassy accomplishes this through media engagement, cultural promotion, public speaking and connecting with the Irish diaspora locally. Promoting trade, tourism and investment and building awareness of Ireland as a competitive location for business in which more than 1,000 multinational corporations are already successfully located is crucial.

Ireland, like Slovakia, has a highly globalised economy. The Irish Embassy works closely with Irish State agencies such as Enterprise Ireland, Tourism Ireland, Bord Bia (Irish Food Board) and Science Foundation Ireland to strengthen economic and trade ties with the Slovak Republic. The overall aim is to support job creation as high value goods and services are created and sold globally.

The Irish Government’s strong focus on promoting exports as a means of creating growth and jobs is bearing fruit. Buoyed by a strong export performance, the Irish economy grew at over 5 percent in 2014 and growth is predicted to continue at a similar pace in 2015.  In addition to higher export levels, a number of domestic factors are supporting growth. Ireland is frequently ranked as one of the best places in the world to do business and has been ranked best in the world for inward investment when scored against the criteria of quality and value.  Ireland has the youngest population in Europe with 50 percent of the population aged under 35 and Ireland’s education system ranks in the top ten countries in the world.

So what does this mean for the Slovak Republic? As the Irish economy rebounds, the prospects for increasing Slovak-Irish business links will continue to improve. Ireland has a good track record of supporting new businesses and innovation. Increasingly, there will be greater opportunities to link young start-up businesses in both countries. Ireland is investing in research and development and there are opportunities for greater cooperation between Slovak businesses and Irish research centres. Daily direct flights between Bratislava and Dublin may also create possibilities for increased tourism in both directions.

Links between Ireland and Slovakia stretch back to the era of the Celts. Today, those connections have expanded and multiplied. The Embassy of Ireland in Bratislava and the Embassy of the Slovak Republic in Dublin work hard to support and enhance mutual ties.  Looking forward, I am certain that the relationship between our countries will continue to grow and prosper.