BRATISLAVA Castle put on a blue shine fromthe nightof Saturday, October 24, to the next morning, marking the occasion of the United Nations’ 70th anniversary. 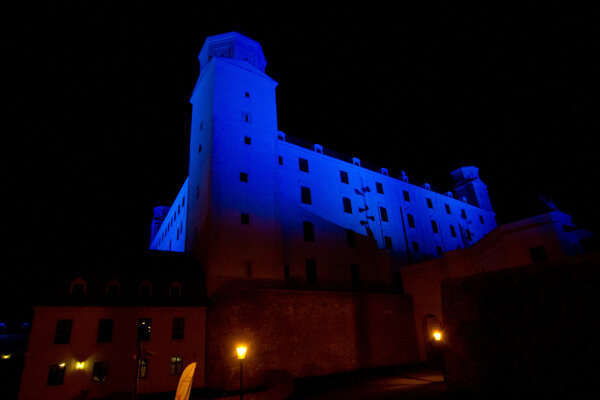 “The aim is not only to point to the significance of this organisation but also to connect citizens all around the world and support the message of peace, development and upholding of human rights,” the Parliamentary Office’s (which administers the castle) press department informed the TASR newswire. Slovakia joined this initiative based on an official request from the UN.

A blue light also illuminated the UN General Assembly hall in New York city, the Secretariat building and more than 220 famous structures in about 60 countries. For instance, the Empire State Building in New York, the statue of Christ the Redeemer in Rio de Janeiro, the Opera House in Sydney, the pyramids in Giza, the Leaning Tower of Pisa and the Temple of Olympian Zeus in Athens.

The 70th anniversary is an opportunity to reflect and look back into the UN’s history, Secretary General Ban Ki-moon said, adding that it is also a good opportunity to intensify the efforts for peace and security, development and human rights. 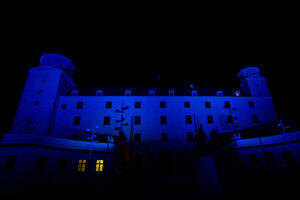 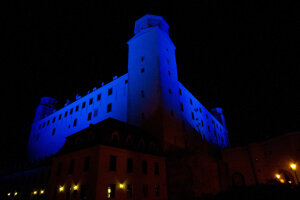 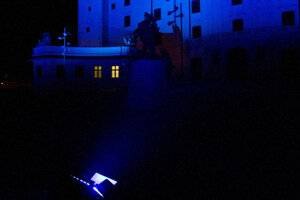 Bratislava Castle lit up in blue to mark the UN's 70th anniversary. (3 photos)