SECURITY service provider Bonul has a framework contract with the state-run health insurer Všeobecná Zdravotná Poisťovňa (VšZP), thanks to which it supervises security at its workplaces for €1.6 million. 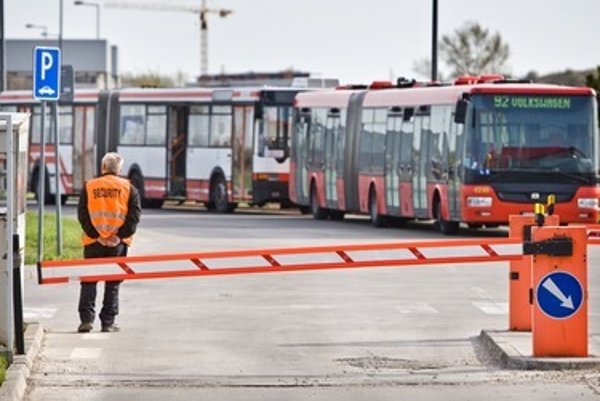 Bonul, however, guards also other state institutions – e.g. the Economy Ministry, Slovak Post (Slovenská pošt,a SP) and Slovenský Vodohospodársky Podnik, a water-management company. Not only the tender of VšZP, in which Bonul competed with a firm with which it has a common past and family ties, was controversial. Also some other previous competitions and contracts (with the above-mentioned institutions) were dubious, according to the Sme daily.

Bonul has been doing well since 2009, when the Economy Ministry, at the time led by Ľubomír Jahnátek, started to order its services regardless of which political parties were at the helm. For example, the tender for guarding Slovak Post in which it gained an enormous amount was prepared under the previous, rightist government of Iveta Radičová; with the transport ministry, controlling SP, being led by Christian Democratic Movement’s Ján Figeľ.

The security company has been thriving, and its revenues keep growing – as do its profits; calculated in euros, it does better than the Tesco retail chain. This is possible also thanks to contacts which seem to help Bonul: its boss Miroslav Bödör is a relative of Police President Tibor Gašpar, while Bödör’s son lives in the neighbourhood of Agriculture Minister Ľubomír Jahnátek, Sme wrote on October 26.

Other companies stated for Sme, under the condition of anonymity, that they do not like to compete with Bonul, “as it wins in 90 percent of tenders”.

Last year, even Prime Minister Robert Fico held a speech at Bonul’s party; but when asked by the aktuality.sk news website on October 23, he refused to comment on it. Jahnátek did not answer either in regard to what his relationship is with the Bödörs. Bonul has not answered Sme’s questions since October 22.