Completion of the third and fourth units of the Mochovce nuclear power station is still the main focus. 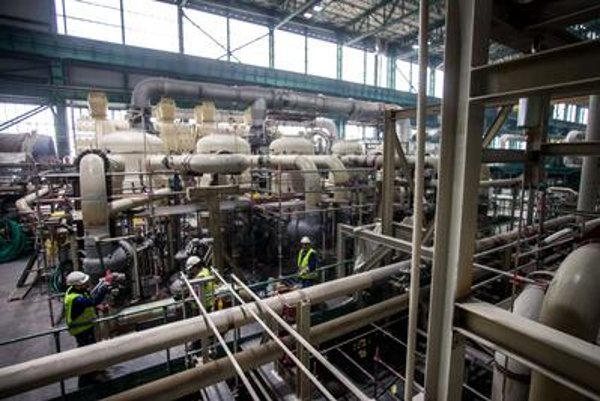 AFTER the Slovak-Hungarian consortium lost interest in Slovakia’s largest power producer, Slovenské Elektrárne (SE), the Czech-based Energetický a Průmyslový Holding (EPH) has remained the only official potential buyer, while it has allegedly reached a general agreement with the Italian energy group Enel. Neither EPH nor Enel have confirmed the information. In the meantime the Slovak cabinet continues analysing its possibilities for increasing its interest in SE and criticising SE for too slow construction of the remaining two units of the nuclear power station in Mochovce.

“We cannot confirm reports in some media that an agreement has been reached between EPH and Enel on the sale of the stake which the Italian firm holds in SE,” EPH spokesperson Daniel Častvaj said, as quoted by the Sme daily. “Negotiations are still underway.”

A senior source at Italy’s biggest utility said on October 15 that Enel holding 66 percent in SE has reached a general agreement to sell part of its stake in SE to EPH as cited by Reuters. The source said the exclusive talks were meant to be wrapped up on October 16. Though a broad agreement had been struck, the parties decided to take another month to work out the details. Enel intends to sell its SE holding in two stages and its CEO has previously said the initial sale could involve a stake of around 30 percent.

State-controlled Enel said in August that it was in exclusive talks with EPH over the sale of part of its 66 percent stake in SE. EPH is owned by Czech businessman Daniel Křetinský, Slovak businessman Patrik Tkáč and J&T financial group.

The stance of the Slovak cabinet, which holds a minority stake of 34 percent in SE, to the deal remains important as Prime Minister Robert Fico has reiterated the interest of the cabinet in increasing its stake and gaining greater influence in SE. The state has not submitted any official bid as it is still analysing whether it would be advantageous.

PM Fico returned to a potential acquisition of a 17-percent stake in SE on October 27 when he said that if Enel would sell 33 percent in SE to the new investor, the state would require an option for purchase of a 17-percent stake that it would acquire after the third and fourth units of the nuclear power station in Mochovce are completed. Enel plans to sell the second half of its stake in SE only after the completion of Mochovce.

“I have information that Italian Enel wants to sell its stake in two phases,” said Fico as cited by the SITA newswire. “Our priority is only the completion of Mochovce, everything else is an internal matter of Enel... But after the two blocks [of Mochovce] are completed... and when it would be advantageous, we are interested in 17 percent of shares, with which the state’s share would increase to 51 percent.”

During the time being the gas utility SPP, in cooperation with KPMG consultancy company, has been working on an analysis that should give the cabinet answers about whether it would be advantageous to increase the state’s stake in SE and if yes, how to proceed.

“The analysis should be at disposal in coming days,” Miriam Žiaková, spokesperson of the Economy Ministry told Radio Regina on October 20, while it should contain all the alternatives of a potential purchase of Enel’s shares in SE.

Earlier in October the Slovak-Hungarian consortium of the Slovnaft refinery and the MVM company announced its withdrawal from negotiations. It has given up its interest citing significant legal as well as economic risks in the transaction, while at question was especially prolongation of the completion of the third and fourth blocks of the nuclear power station in Mochovce as well as the continual increase in the project’s price, the TASR newswire wrote. 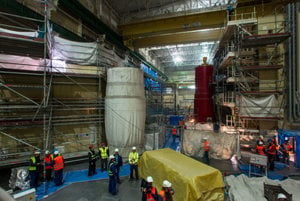 In the meantime also the Nuclear Regulatory Authority (ÚJD) has voiced its concerns that the project has been delayed again with an initial estimate of three months. The latest plans spoke about putting the third nuclear block into full commercial operation in November 2016 and the fourth one in the first quarter of 2018. 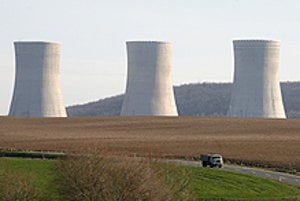 The completion of the third and fourth EMO blocks was originally scheduled for 2012 and 2013, respectively. As the deadline was extended the overall cost also increased, from €2.8 billion to the current €4.6 billion.

EPH already controls profitable transit of natural gas via Slovakia abroad and distribution of gas to end clients within Slovakia when it initially acquired Slovakia’s gas utility SPP and later sold the loss-making household sales portion to the state.

“The question is how these two parties would agree and what would be the involvement of the state,” Ferenčáková told the Hospodarske Noviny economic daily.

“It obviously has good relations with the [Slovak] cabinet or with cabinets within the region and probably it is able to borrow money under advantageous conditions,” Badida told the public Rádio Slovensko on October 23.

Badida recalled that the plan of the Hungarian consortium was to complete Mochovce and to sell electricity to the Balkan countries and that the plans of EPH might not be different.

“After completion of Mochovce, SE will be generating a significant portion of energy and we in the region, i.e. in Slovakia and the Czech Republic, cannot consume it,” Badida told the Slovak Radio, adding that it will be necessary to export it, ideally south to Hungary and the Balkans. For this, electricity transition stations will be needed towards Hungary, while these are not yet being built.

Křetinský has indicated in the past that out of SE’s assets Mochovce is not interesting for them, the Pravda daily recalled. This is because market electricity prices have decreased and Mochovce is not expected to bring profits during years to come even though the situation may change in the future.

Slovak Economy Minister Vazil Hudák believes that involvement of EPH in the completion of Mochovce may help the project.

“If EPH potentially enters SE, and thus also gains partial responsibility for completion of Mochovce, it will be interested that it is a successful project,” said Hudák as cited by the TASR newswire. “It is primarily a financial group and thus it certainly will want this asset of SE to be the best and highest quality possible. Thus I believe that we will gain in EPH a partner to push also on Enel to keep deadlines for completion of the construction [of Mochovce].”