UNLESS the issue of InterCity (IC) trains, operated at a loss by state-owned ZSSK carrier, on the Bratislava-Košice line is resolved, private Czech railway carrier RegioJet stands ready to abandon its servicing of the route as early as mid-December 2015. 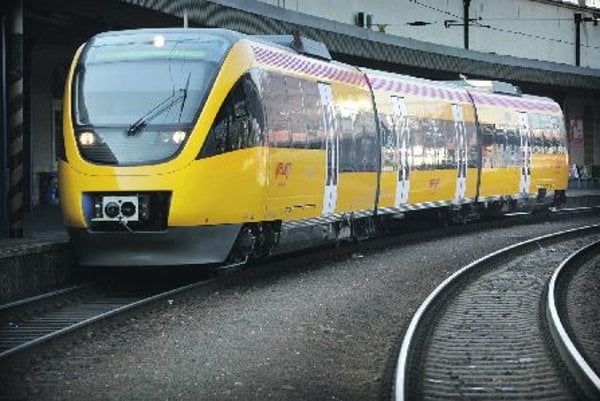 As a reason, RegioJet cites the long-term damage it suffers due to ZSSK maintaining dumping fares for IC trains. The Transport Ministry however considers it as being a part of the current political campaign.

“The whole responsibility now falls squarely on shoulders of the Transport Minister, who allowed state-owned ZSSK to act illegally,” RegioJet owner Radim Jančura said, as quoted by the TASR newswire.

ZSSK has no other income other than from state subsidised routes.

“It’s clear that IC trains of ZSSK, operating in the red, are cross-financed from subsidised routes [other than Bratislava-Žilina-Košice],” Jančura continued. “That’s illegal and strictly prohibited by both European and Slovak legislation.”

He went onto say that ZSSK uses these subsidies to cut fares artificially for IC trains and are forcing RegioJet out of the market.

“That however, flies in the face of the law and with his lack of action, the Transport Minister tolerates it,” Jančura claimed, as quoted by TASR.

The Transport Ministry responded by saying that the fact that Jančura announced his plan at a conference of the political party Freedom and Solidarity (SaS) as well as its timing shortly before the 2016 general election demonstrates that the initiative is rather a political move and not a professional issue.

“The Transport Ministry refuses to allow itself to be dragged into the election campaigns of political parties and their sympathisers and will make decisions based on expert arguments and not political pressure,” the ministry press department said, as quoted by TASR.

According to ZSSK, RegioJet engages in a wrongful information campaign and publishes public information which contains fabricated and misleading information regarding operation costs, fares and the number of passengers.

“Recently, they also added a gross slandering stating that ZSSK violates the law, a libel that ZSSK intends to address with legal action,” stressed ZSSK spokesperson Jana Morháčová, as quoted by TASR. “ZSSK thoroughly complies with the laws of this country.”