Why is it so difficult for non-profit organisations with such a huge impact to get enough resources for their existence? 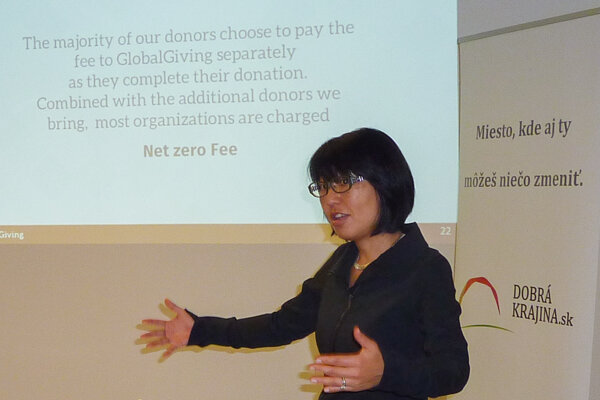 “How many times were you told to behave like a company by the members of the governing board?” Bill Toliver asked us this question at the end of his presentation on the trends and observations that would become the basis of the non-profit sector strategies in 2016. “You are most likely to be asked this question in case you spend more than 15 percent of obtained resources for your overhead expenses.”

He then mentioned the case of GlobalGiving.org. People who founded this fundraising website back in 2002 came from various backgrounds. A former World Bank corporate strategy director, a gamification expert, a data analyst, experts in communication and social businesses. People from various sectors united to create the basis for a new kind of human, financial and intellectual resources. There was a simple idea behind the project. Why is it so difficult for non-profit organisations with such a huge impact to get enough resources for their existence?

It is important to ask the right questions. The Pontis Foundation invited the founder of GlobalGiving, Mari Kuraishi, to Slovakia at the beginning of this week. She also gave a lecture to the non-profit organisations from DobraKrajina.sk. She inspired us in many aspects but mainly in one. She talked about one of the things that she learned from GlobalGiving.org – the fact that small non-profit organisations have the biggest impact. Thus, it makes sense to pay attention to them.

·         Learn. Find out what worked and what did not. Learn what should be changed and what you should do differently.

·         Repeat! Use the things that worked. Make a new experiment. Improve your impact continually.

Listen. Act. Learn. This actually means to behave as a company. We, the Pontis Foundation, founded the fundraising website DobraKrajina.sk in 2009. My colleagues were trying to help non-profit organisations which had a huge impact to avoid their fight for survival back then. And every year, the amount of money raised for them increases; partly due to the fact that we behave as a company. We work honestly and we learn, often from our own mistakes. For our overhead expenses, we ask for voluntary 5 percent from the donors. We receive around €3,000 per year this way. Is it possible to create a sustainable fundraising internet website out of such money? Does this amount of money make innovations possible? Ten years had passed before GlobalGiving became sustainable. And they take fixed 15 percent from every donation.

The donors donated almost €100,000 € through DobraKrajina.sk last year. They donated money to help medically handicapped people, the homeless, to protect the Nature, to support sights preservation or the fight against corruption. Each donation represented faith in a small non-profit organisation which is able to create great things despite its almost ridiculously small budget.

Like on GlobalGiving, only organisations which meet set criteria will be listed on DobraKrajina. The criteria concern financial transparency and the ability of an organisation to communicate with its donors. At the same time, we invest in their education and we make sure that they have access to the best and the simplest technical background for donations. We are now looking for new organisations again – because we believe that small non-profit organisations do a great job in Slovakia. And many people around us want to help them.

Note: Dobra Krajina (Great Country) is a project of the Pontis Foundation collecting and distributing donations in a fair manner.