THE DAY when Czechoslovakia officially emerged after the split of the Austro-Hungarian monarchy on October 28, 1918, was commemorated in both of the countries that have descended from it. 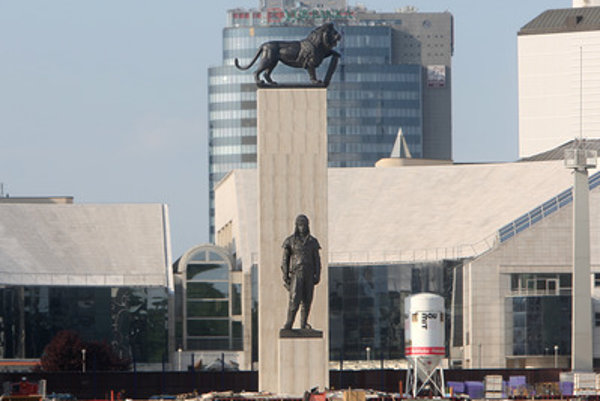 “October 28, 1918 represents a historic breakthrough in our history,” Slovak President Andrej Kiska expressed in a statement, quoted by the TASR newswire, on the 97th anniversary of the establishment of the Czechoslovak Republic. “We became co-creators of a new state, which ensured human rights, and on the international scene it represented an example of a democratic regime, a defender of cooperation and peace,” he added.

During its existence [1918-39], educational, cultural, social and political organisations came into existence, and the Slovak nation put the finishing touches on itself in social and political terms, the statement continues. “In the final years of the existence of the first republic, which was considered to be an “island of democracy”, the office of the Prime Minister was held by Slovak politician Milan Hodža, a statesman of European significance. And while the new state didn’t address all of the problems that it faced during its short existence, both of its successors can draw on its democratic spirit, the principles and values that it adhered to, as both independent and neighbouring states - the Slovak Republic and the Czech Republic,” Kiska explained.

In this year, which marks the 200th anniversary of the birth of Ludovit Stur, the creator of the Slovak political nation, and also the 70th anniversary of the ending of Second World War, in which the Slovak National Uprising became part of Czechoslovakia’s democratic legacy, we are able to better understand the progress that we have achieved on our way to confident statehood anchored in a democratic Europe. And nowadays, when democracy in the world is facing trials ... we realise that we have a chance to face them also thanks to the invaluable historic experience with democracy that we achieved thanks to the creation of Czechoslovakia, according to the statement.

Before its October 28 session, the Bratislava Self-governing Region (BSK) legislators along with its leadership also commemorated the 97th anniversary. The commemoration started off with the playing of the Slovak and Czech national anthems. The Czech ambassador to Slovakia Lívia Klausová also attended the session.

On October 28, 1918, after spirited demonstrations by people in Prague, the Czechoslovak National Committee declared an independent Czechoslovak state in Prague in response to the capitulation of the Austro-Hungarian Foreign Affairs Minister Gyula Andrassy to the demands from the USA. Major Slovak political representatives accepted the declaration of Czechoslovak statehood at a session of the Slovak National Council in Turčiansky Svätý Martin [former name of the town of Martin until 1950] by signing the Declaration of the Slovak Nation [the so-called Martin Declaration] on October 30, 1918.

In the Czech Republic, October 28 is still a national holiday.