INTERIOR Minister Robert Kaliňák launched one of the last big orders of this government before the March general election. 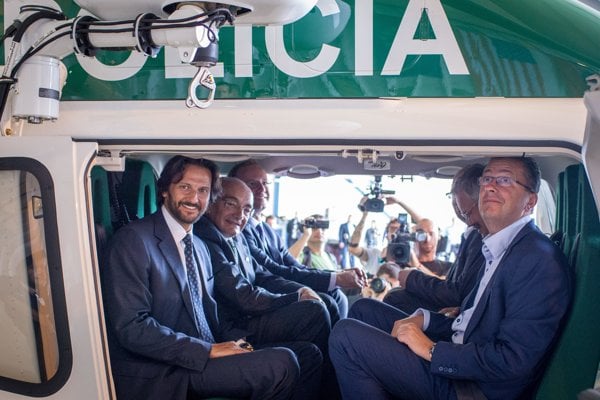 On October 28, he announced a tender for eight new helicopters for police, firefighters and mountain rescuers worth €80 million without VAT. The intriguing fact is that Kaliňák had a tip for the potential winner back in August, when he first mentioned the competition.

In the first round, the ministry wants to buy four helicopters based on the contract, with the machines being of different type and variable, with devices from one helicopter being adaptable also for other types, the Sme daily quoted the ministry. Part of the purchase will also be equipment for rescue activities and five years of service.

The subject of this order is the purchase of eight new, unused, two-engine multi-purpose helicopters, technical documentation, tools, ground equipment and diagnostic devices, additional equipment, training of the crew and an enhanced guarantee, the TASR newswire quoted the website of the Public Procurement Office which published the tender.

Envelopes with bids should be opened on December 21, with the decisive criterion to be the lowest offered price. EU funds should cover the biggest part of the order, Sme wrote. Security analyst Martin Dubéci commented that at first sight, the conditions of the tender do not seem to include any specifics that would exclude all but one selected company, as was sometimes the case with big orders in the past.