THESE people are an immediate threat to you and events will take a wrong turn unless you take action now and reject the changes happening before your eyes. 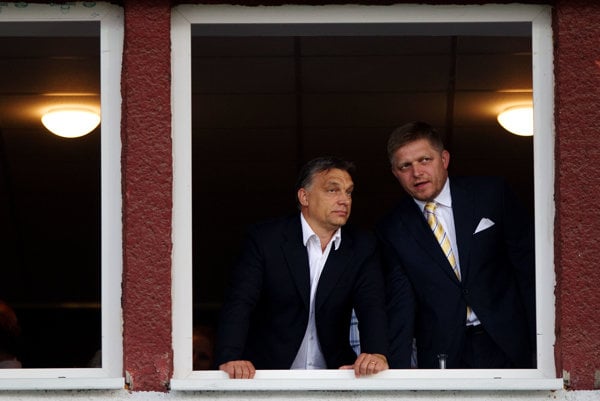 Today most Slovak voters would associate such statements with the refugees they see every night on the news, arriving to Europe by land and sea by the thousands. But this style of fear-mongering is a regular feature of the Slovak political scene. With election season now underway, there is little doubt one (or many) of these causes for fear will be revived.

Many may have forgotten that the same type of rhetoric was deployed just a few months ago, with similar vehemence, toward the LGBTI community. And there were other labels, too, like the “culture of death” that still resonates from the pulpits of Slovak churches occasionally — even after voters declined to back initiatives that would have curbed the rights of same sex couples in a referendum earlier this year.

Earlier still, it was the Roma, the ever available scapegoat. So-called “decent people”, who happened to be mostly skin-headed young men (one of whom has since become the governor of the Banská Bystrica region), would rally in Roma villages like Šarišské Michaľany or Krásnohorské Podhradie to protest against what they called “Roma terror”. The less than decent politicians, like those of the nationalist SNS in 2010, would run billboards using tasteless stereotypical images of Roma. Meanwhile most politicians simply opted to stay quiet, and Roma remain a group still under threat.And then there was Slovakia’s Hungarian minority.

Prime Minister Robert Fico’s first government, which included nationalists from the SNS, spent a lot of its time, mostly towards the end of its term, to persuade people that those of Hungarian descent could not be trusted. In 2009 they changed the language law and introduced fines for, among other things, speaking languages other than Slovak in public offices. Fico and his government then wrapped up their term in office in 2010 by hastily passing a ban on holding dual citizenship, which allowed the authorities to strip most Slovak citizens of their citizenship if they acquire another country’s passport. Slovakia has thus far continued to avoid a Magyar invasion.

But five years later it is the latter example that may show the way ahead on all these other issues. Citizenship legislation is more or less the same as back then, and so are the ruling politicians. Only the things they say have somewhat changed.  In response to recent news that a Hungarian MP from the extremist Jobbik party has opened an office in Slovakia, Fico said he really cares about “correct relationship with the Hungarian government” and is sorry that “there are these moments that disrupt this hard work”. 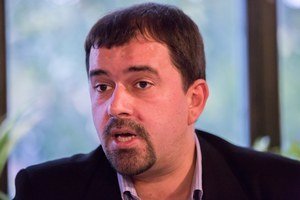 Good relations, constructive dialogue, positive cooperation. Such terminology is a world away from what Smer politicians were saying when they ordered that the Hungarian president be turned back at the border in 2010, arguing that his visit was to amount to pro-Hungarian incitement on a sensitive day (August 21, the anniversary of the 1968 invasion of the Warsaw Pact troops into Czechoslovakia).

It’s difficult to say what is behind that rapid change of behaviour, but it is surprisingly welcome moderation during an election campaign. Those looking for a less fear-driven and hate-fuelled campaign than in past years hope for a similar shift in position toward some of the other aforementioned minority groups.

But I would not bet on it.