SLOVAKS say that women sometimes do not age but rather mature – like a good wine. The same could probably be said about the already traditional festival Bratislava Jazz Days (BJD); its 41st year was as good as any other, and it brought a bonus of an extra day, offering Esperanza Spalding. 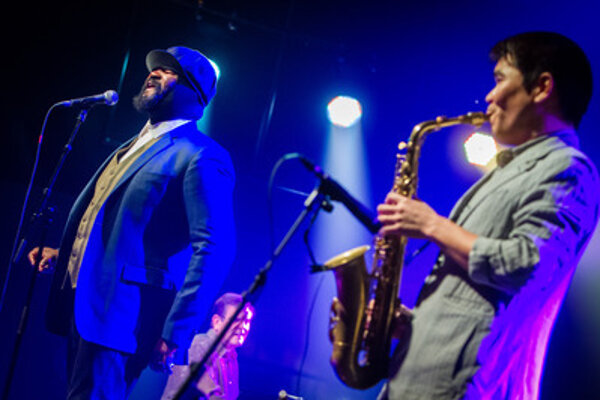 The three previous days did not stay in the shadow, however, each having something to offer for fans of various genres and styles.

On the second, middle day – October 24 – apart from staunch jazz fans also those came who hoped to meet their friends, acquaintances, former colleagues, neighbours, schoolmates; BJD, once an oasis of “underground” or at least not-so-welcomed “western” (understand: imperialist and rotten) culture, has become the meeting point for Bratislava and Slovak bohemians, intellectuals, barflies and celebrities. The middle day proved it; the Incheba Expo Arena was bursting at it seams, there were queues everywhere, from the very entrance, through ladies’ toilets (as usual), and gentlemen’s toilets (less usual) to the smaller room with B-stage (not that usual) and cloak-room where coats were laid on the ground because of lacking capacity (quite unusual).

The atmosphere was excellent, though, from the first gig by Slovak bassist Juraj Griglák who performed pieces from his latest album Time to Fly with American Poogie Bell on drums, Saxophonist Chris Hemingway and Slovaks Eugen Vizváry on keyboard and Štefan Bugala on vibraphone. The “warm-up” was a full-fledged performance that garnered applause.

The musicians who followed it confirmed the tendency to join forces internationally, at least US saxophonist Bob Mintzer who invited to play with him central-European musicians, Hungarian Kálman Oláh, Czech Tomáš Baroš and Slovaks Lukáš Oravec and Marián Ševčík. After their piece, Canadian bass player Alain Caron with his band “rocked” the audience with a harder version of jazz. 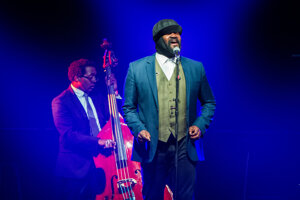 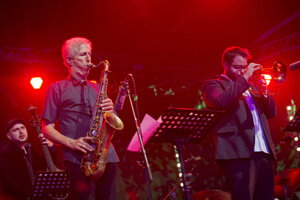 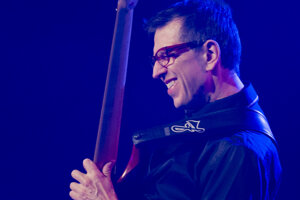 On the B-stage, two Slovak bands competed for the honour to open next year’s Jazz Days – Especias and Samuel Hošek Band. The third grouping, Croatian Daniel Čačija with his band, played out of competition as guests, and audiences commented that “sometimes you can meet excellent musicians, even headliners, on the B-stage”.

Čačija is a singer, and after bands without vocal performances, he set the stage for the true highlight of the evening (at least according to organisers), Gregory Porter. Porter is not just a singer with a unique voice and composer whose first album: Liquid Spirit, has already become a hit, but also an entertainer who can capture the audience. His gig started late, but the hall refused to let him go without an encore, and so Saturday night in fact ended 90 minutes into Sunday.

It may be hard to select from the programme of the three Bratislava Jazz Days – more so when a special fourth concert is offered – and sometimes true surprises arise for visitors, both positive and negative. Not to mention personal taste; which cannot be discussed, due to another Slovak proverb.