Forai has auntie; KDH its businessmen

Scandals around the state and biggest health insurer are piling up. 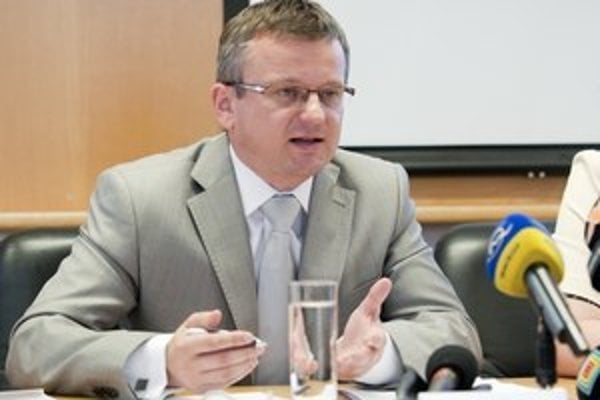 The state-controlled health insurer Všeobecná Zdravotná Poisťovňa (VšZP) remains in focus after the scandal surrounding its former head Marcel Forai and his aunt Anka broke out, with former health Minister Richard Raši now pointing out dubious contracts VšZP clinched during the term of Ivan Uhliarik from the now-opposition Christian Democratic Movement (KDH). At that time the insurer was chaired by Marian Faktor, who now advises KDH, the Pravda daily wrote on October 31.

Raši, now a parliamentary deputy for the ruling Smer party, has pointed to the advantage gained by four companies operating magnetic resonance imaging facilities between 2010 and 2012, claiming that they earned €15 million over two years. He claims that VšZP paid these companies for the same examinations more generously than state hospitals with their own magnetic resonance facilities.

For example, the insurer paid €220 for an examination of a vent in a private facility while the state facility got only €189 for the same examination.

The duration of contracts was not standard either, while state facilities signed contracts for one year, contracts with private companies were inked for a longer period of time without the possibility of termination.

Raši further claims that there was no reason for better conditions as equipment of the private companies was not of higher quality when even some state workplaces had better equipment. Thus Raši plans to file an impetus with the Supreme Audit Office (NKÚ) to check the contracts.

KDH health care expert Faktor considers Raši’s accusations as misleading arguing that during his term the price for MR and CT examinations was reduced by 10 percent for the first time in history.

“These as well as other steps brought VšZP financial savings in tens of millions of euros,” said Faktor as cited by Pravda, adding that it is not apparent about what losses Raši is speaking about.

All four companies mentioned by Raši belong to the Pro Diagnostic Group, which belongs, according to Transparency International Slovensko, to Pro Partners Holding Cyprus. Companies residing in Cyprus are often labelled as shell companies whose final owners are unknown, Pravda wrote.

“The majority in the holding is held by Rastislav Danišek and Róbert Bartek, who were sponsors of the presidential campaign of Radoslav Procházka,” said Raši.

The business register puts them as members of the supervisory board of Pro Diagnostic Group.

Sieť spokesperson Karolína Ducká specified that Danišek and Bartek contributed to the transparent account of the presidential candidate Procházka two years ago with Danišek apparently contributing €4,000 and Bartek €4,200.

It will be the Supreme Audit Office (NKÚ) that will have the final word, as it has already been checking contracts from Forai’s term. Forai faces suspicions that the insurer under his management signed advantageous contracts with companies featuring his aunt among the management worth €14 million.