The Technical University in Košice (TUKE) is a premier research and education institution in Slovakia and is also recognised abroad. However, it does have weak spots. 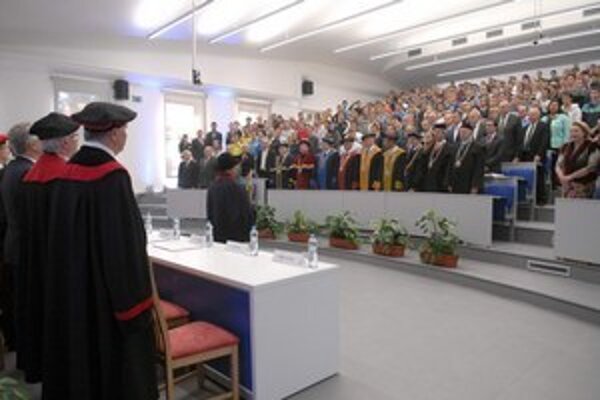 “One of these less-strong sides is the number of foreign students ... we’d like to boost those a whole lot,” said the institution’s recently inaugurated chancellor Stanislav Kmeť as cited by the TASR newswire.

Some 200 foreign students are currently enrolled in studies at TUKE, most commonly from Ukraine and Arab countries.

“They say that a university is strong and has international recognition when some 10 percent of its students are from abroad,” said Kmeť. “We’d thus need to increase the number to 1,000.”

Kmeť believes that TUKE has solid foundations and should make the utmost use of its fortes in the future. He also heralded his plans to increase the quality of study programmes, lectures, seminars and consultations - all in an effort to bolster the interest of students in enrolling in TUKE.

“We’re also seeking to enhance social programmes for students; for instance, by prompt payouts of scholarships and extending them to more students, and also for young researchers with families, and employees ... by creating conditions that make it possible to harmonise one’s study or professional life with one’s personal life, say, by setting up kids’ corners or a fitness centre.”