Slovakia to have a special foreign police unit

THE GOVERNMENT approved the setting up of a 300-strong foreign police unit that will specifically serve to protect the Schengen Area’s external borders at its special session held on November 3. 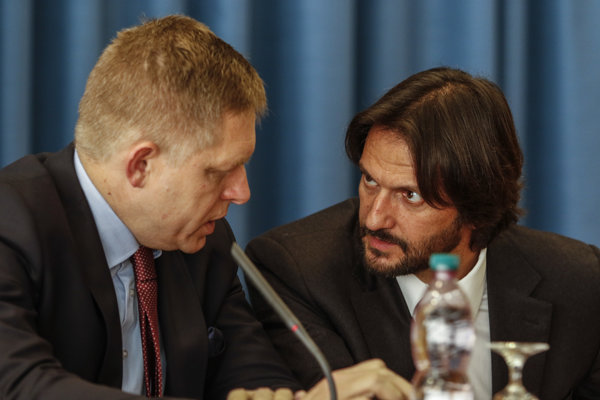 The aim is to strengthen the Slovak Police Corps and the Interior Ministry.

“If there’s a need to mobilise such a unit abroad, we’ll be capable of providing 300 police officers and equipment within 24 hours,” said Prime Minister Robert Fico, as quoted by the TASR newswire.

“Setting up a new immigration police unit for border patrols has also been facilitated by demands from Frontex,” said Interior Minister Robert Kaliňák, as quoted by TASR, adding that the officers will be trained in Slovakia.

Meanwhile, the officers in question will be replaced by 300 new recruits. An additional 20 police officers will be assigned to the Constitutional Authorities and Diplomatic Missions Protection Office, while 20 extra posts will be added to the Slovak Migration Office.

The former office is being strengthened due to the need to provide security for the new building of Slovakia’s Permanent Representation to Brussels. The strengthening of the latter office includes the appointment of liaison officers for Italy and Greece and the provision of experts based on calls from the European Asylum Support Office and Frontex, TASR wrote.

The new measures will require an increase in the Interior Ministry’s budget of almost €8 million.