THE SLOVAK economy continues to grow, particularly thanks to strengthening domestic demand. 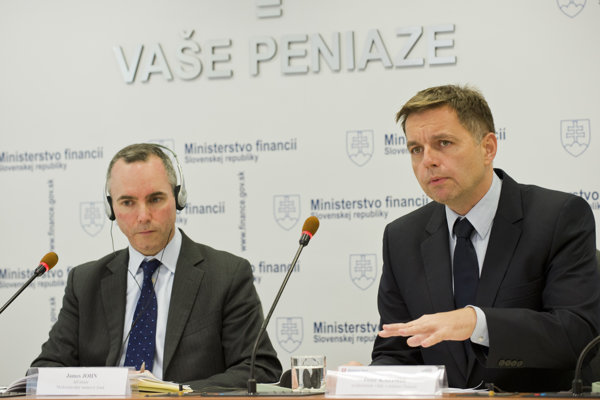 As a result, the Slovak economy should grow at 3.2 percent of GDP this year, and 3.5 percent in the following two years. Regarding the medium-term outlook, economic growth should stabilise at about 3 percent, according to the International Monetary Fund (IMF) which finished up its regular mission in Slovakia.

The Finance Ministry prognoses, however, remain more conservative. The only difference between the IMF analysis and the ministry predictions is that the IMF already included the expected impact of Jaguar Land Rover's investment in Slovakia, said head of the fund’s mission in Slovakia James John, as reported by the SITA newswire.

Despite the positive growth expectations, a strong banking sector or limited public debt, the IMF points to some external risks, which arise from the weaker economy in the eurozone, slow-down of China's growth, and the impact of the conflict in Ukraine. Moreover, Slovakia still struggles with high long-term unemployment. In order to overcome these obstacles, Slovakia should focus on improving the infrastructure or availability of rental housing which should improve the mobility of the labour force, the IMF experts said.

They also recommend Slovakia to continue reducing the tax and payroll tax burden of people with low incomes, improving the education system and increasing the funds for active labour market policies, as reported by SITA.

Regarding fiscal policy, the IMF claims that Slovakia needs further consolidation to widen the space for possible future manoeuvres. Though the deficit amounts to 2.5-3 percent of GDP, Slovakia still lacks more space for manoeuvring, especially due to the active debt brake as the country’s debt oscillates around the upper limits.

The IMF however recommends in its report some changes to the current setting of the debt brake, SITA wrote.

Regarding the budgetary policy as a whole, the IMF claimed that the state should not enter more companies, but should continue in privatisation, as it did in the case of Slovak Telekom. This may help reduce the public debt. It also recommends to continue in improving the VAT collection and to reintroduce the real estate tax which should be based on the value of the respective property.

It also stresses the need to increase the effectiveness of spending in the public sector, especially health care, as reported by SITA.