Though on the rise, prices are still below pre-crisis levels. 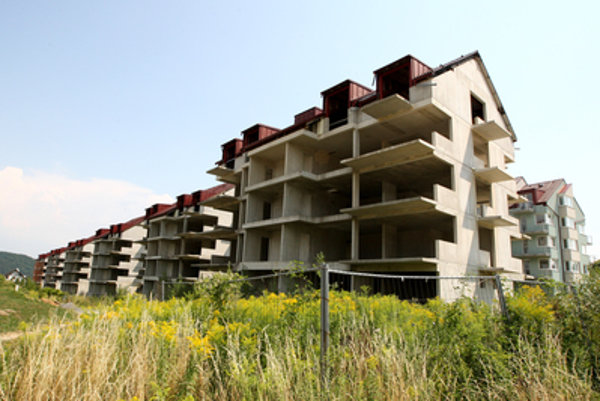 SLOVAKIA’S residential market is reviving and even though prices of residential real estate have still not reached pre-crisis levels, demand exceeding supply has pushed prices up. Analysts and market watchers see sound economic development and an increased ability to get a mortgage behind the developments, while some warn against a property bubble.

“The mood on the real estate market is optimistic because people have stopped being afraid to invest into their own housing,” said Peter Vozár, broker of RE/MAX Developer real estate agency in Trnava as cited by the Pravda daily. “More positive economic news and historically low interest rates increase prices, especially of the types of real estate lacking on the market, are contributing to this.”

“Regional cities, especially Košice are also experiencing a significant increase in the number of sold apartments as well as the number of launched projects,” Bošácky told The Slovak Spectator.

Supply is also significant, according to Bošácky, when there are plenty of new and restarted projects. As the current demand is unsustainable from a longer point of view, most developers phase their projects.

The National Bank of Slovakia (NBS), which monitors the development on the residential real estate market confirms the increase in prices with the average residential real estate price increasing by 0.7 percent quarter-to-quarter and 1.2 percent year-on-year to €1,229 per square metre during the third quarter of 2015. Apartments have dispropotionately contributed to this, as the average price of family houses has nearly stagnated.

“This can be considered to be certain signals of a more permanent revival of the residential market in Slovakia,” wrote Cár, while the current average prise of housing in Slovakia is still roughly 17 percent below to the peak during the second quarter of 2008.

The average price of housing increased in most regions of Slovakia during the third quarter of 2015. It increased the most in Prešov Region (up 3.4 percent to €763 per sq m), when it fell the most in Nitra Region (down 1.5 percent to €556 per sq m). The average price remains the lowest in Nitra Region, followed by Trenčín Region (€632 per sq), Banská Bystrica Region (€706 per sq), Žilina Region (€753 per sq), Prešov Region, Trnava Region (€832 per sq), Košice Region (€965 per sq) and Bratislava Region (€1,695 per sq). This means that residential real estate is in Bratislava Region three times more than in Nitra.

“Because of this, prices of residential real estate have increased significantly in the most wanted localities,” Danihel Rážová told The Slovak Spectator.

JLL reports a long-term interest in two-room apartments, as three-room apartments has increased as well. Bošácky along with Danihel Rážová register a shortage of small apartments.

This results in a situation that apartments of required size and suitable ground plan for a reasonable price are sold even a project is finished. As a consequence several projects that were frozen after the crisis have been revived, often reworked and downsized.

“In terms of demand we expect a stabilisation or a gradual return to the level of sales in 2013,” said Bošácky. “In terms of offer we expect several large, phased projects and a several small ones.”

Danihel Rážová does not expect any significant change in demand in 2016, but she says prices are rising too fast.

“The situation on the market and prices are nearing the state before the burst of the real estate bubble in 2009,” Danihel Rážová said.