ENERGY union, innovations, the eurozone, the UK’s referendum on leaving the EU and the ongoing migration crisis and the EU’s role in resolving it are among the items on the agenda at the three-day international Tatra Summit in Bratislava that started on November 4. 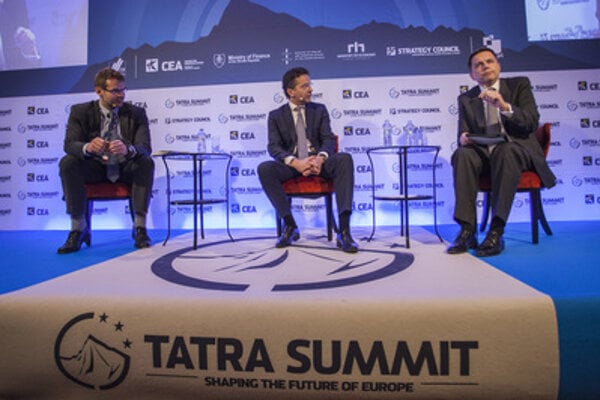 This is the fourth such conference organised by the Centre for European Affairs; and it is an economic version of the GLOBSEC security conference. As part of the Central European Strategy Council, it features discussions on Slovakia’s presidency of the Council of the European Union which is scheduled for the latter half of 2016. The priorities of the presidency will be discussed with the Netherlands and Malta, which are also due to assume the Council's presidency (in the first half of 2016 and first half of 2017, respectively).

The first day’s panel discussions were dedicated to migration and related issues of security, solidarity and the situation regarding the Schengen zone’s external borders. The EU, however, still faces unresolved problems concerning the eurozone crisis, energy security, increasing mistrust of European institutions and the rise of nationalist tendencies.

The British Minister for Europe, David Lidington, is to speak about possible institutional reforms of the EU and about aspects and reasons relating to the UK referendum on leaving the EU.

One of the pivotal topics of the Tatra Summit is the deepening of integration and improving eurozone institutions. These issues will be discussed by Jeroen Dijsselbloem, president of the Euro-group (informal meetings of eurozone finance ministers), European Commission vice-president Valdis Dombrovkis and the finance ministers of Austria, Slovakia and Malta.

Another part of the Tatra Summit will be the Investment Forum, which will deal with the challenges connected to investments in the real economy and innovations. The debate will also focus on the development of startup companies.