THE INVESTIGATION of the murder of student Daniel Tupý from 10 years ago is still suspended, but the investigator is scrutinising the causes for the suspension, whether they are still true. 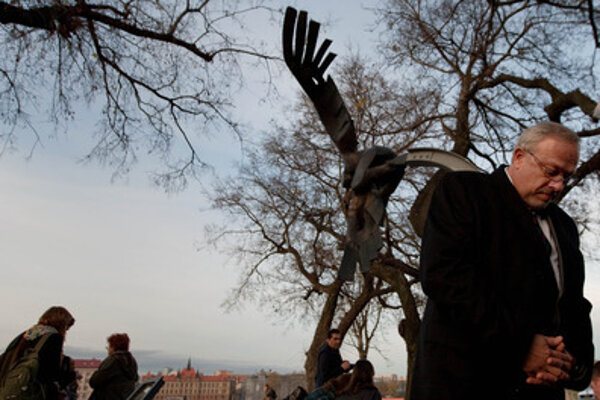 Commemorative ceremony for Daniel Tupý at the site of his murder, after 5 years. (Source: Sme)
Font size:A-|A+0

“The investigation of the murder of Daniel Tupý is currently still suspended and the reasons for suspending it have not changed,” spokesman of the Police Presidium Michal Slivka told the TASR newswire. “Despite this, the investigator is still scrutinising whether they continue to be true, and tries constantly to get new knowledge and items of information concerning perpetrators so that we can continue prosecution.”

Last year, deputy head of the National Criminal Agency (NaKA) Martin Krčmárik said that police still have not given up the investigation of two murders - Daniel Tupý and famous lawyer Ernest Valk (who died five years ago). Tupý, then aged 21 and a student at the Philosophical Faculty of Comenius University, was stabbed to death on November 4, 2005, at Tyršovo Embankment in Bratislava.

On the 9th anniversary of the murder, Krčmárik added that they were trying to find new evidence to be prepared and utilised. In 2009, Richard H., accused in the murder, was freed, along with four young men accused of attempted bodily harm and public disturbance. All four of them were alleged to work for criminal gangs. Prosecutor of the Regional Prosecutor’s Office Bratislava first appealed the verdict, but later withdrew the appeal. In 2012, the prosecution was suspended. 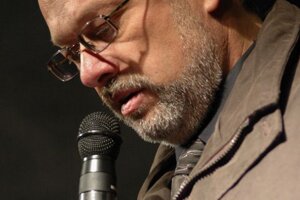 Slovak laws rather protect perpetrators than their victims, Tupý’s father commented, as quoted by TASR. He accused former interior minister Vladimír Palko of inadequately influencing the investigation when he published in parliament all evidence available to police up to that point. Later, in court, all suspects were freed, due to lack of evidence, he summed up.