INSTEAD of leaving their workplace earlier and hurrying to the post office in order to pick up goods ordered from an online shop, Slovaks will be able to obtain parcels in the nearest kiosk, newsstand, grocery or gas station. 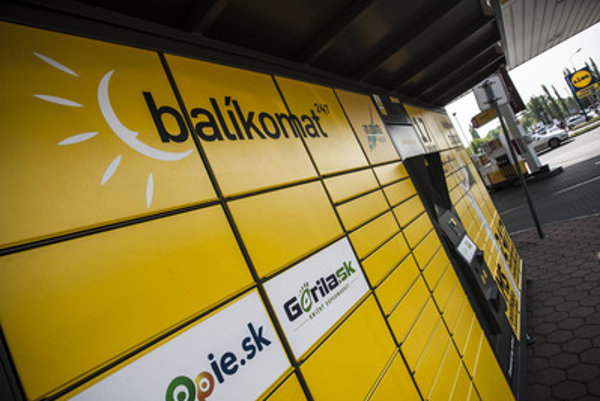 Both the private company DHL and Slovak Post are preparing to launch services simplifying the physical delivery of parcels, the Sme daily wrote in August.

DHL has announced that before Christmas, it plans to launch cooperation with “several hundred” outlets and shops where it will be possible to collect a parcel from an e-shop – stationeries, newsstands, pharmacies and grocery stores will be able to participate. They will be marked by a sticker with the logo ParcelShop. Foodstuffs, even with a short shelf life, will also be delivered in this way, Richard Bebjak of the DHL Parcel Slovensko told Sme.

Slovak Post (SP), on the other hand, plans to build a network of parcel machines, a sort of vending machine consisting of lockers and a control panel. By giving a phone number and a safety code, it will be possible to withdraw a parcel delivered to the parcel machine 24/7. It will also be possible to pay cash-on-packet, or monthly payments for utilities in this way – but only with a banking card.

In Slovakia, there is already one network of parcel machines – Austrian post operates 50 such devices.

Slovak Post continues to work on the idea of parcel machines, its spokeswoman Bela Lisáková said, without specifying how many of them are planned or the deadline for installing them. Head of the SP, Tomáš Drucker, said in early 2015 that they are considering 10 machines. It would make sense to install them before Christmas when there is a big increase in parcel deliveries.

SP also wants to establish cooperation with a network of gas stations; Slovnaft has been mentioned as a possible participant. People would be able to get the parcel at one of 70 gas stations operating non-stop and located along busy roads.

Whether the new services will prove successful depends mostly on their price and on how many e-shops will be ready to participate. The companies would have to adapt their systems so that they can enable, during the process of ordering, collection of parcels at the ParcelShop or a parcel machine. Some of them, e.g. Alza, do not even consider this a possibility. Rather, it plans to build its own network of Alza-boxes, parcel machines operated by the e-shop alone.