Testing of apples by Greenpeace shows pesticides in Slovakia

APPLES sold in Slovakia and other countries contain residues of pesticides, often a combination of them, testing by the environmental organization Greenpeace has shown. 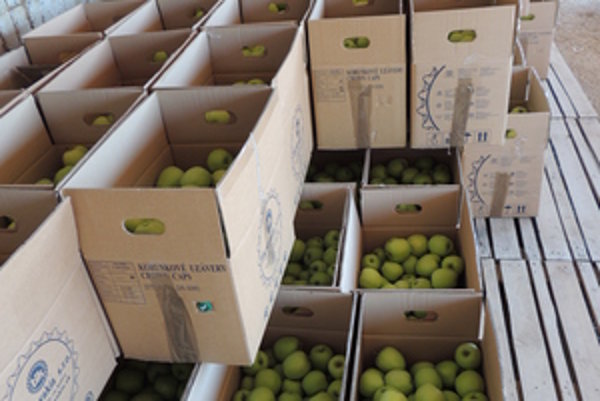 Its analysis tested 126 samples of apples from supermarkets in 11 European countries, Greenpeace Slovensko spokeswoman Miroslava Ábelová informed the Sme daily. She added that while in organic apples, no pesticides were found, 83 percent of conventionally grown apples contained residues of pesticides; of these, 60 percent contained two and more types – in total 39 various pesticides.

“Despite the fact that all pesticides were within the limits allowed, their variety proves that in conventional growing, they are used frequently and repeatedly,” coordinator of the Jedlo pre život / Food for Life campaign Katarína Nikodemová told Sme. “Lack of information on what cocktails of pesticides can do to the environment and human health thus cause serious concerns,” she said, adding that the retail chains should adopt measures to reduce or completely exclude pesticides from fruits and vegetables.

The availability of organic apples in supermarkets is lamentable, Nikodemová also said, arguing that they failed to find any in conventional supermarkets.

In 2014, Slovakia grew almost 48,500 tonnes of conventional apples, while there were only 5,209 tonnes of organic ones. Greenpeace is calling for bigger political and also financial support for organic production, as some pesticides are known to degrade very slowly and can be bio-accumulative, meaning that once they get into nature, they remain and attach to various live organisms in the food chain and are a huge danger for the whole environmental system.