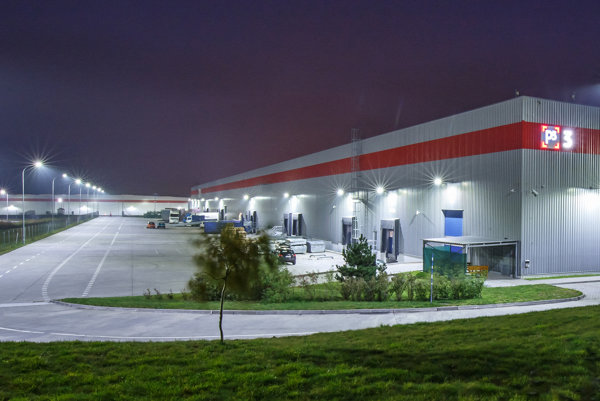 THOUGH the industrial sector remains one of the most conservative parts of the real estate market, the year 2015 is bringing a significant increase in new clients and logistics premises. The Bratislava region remains the most popular locality for industrial real estate but places like Košice, Zilina, Trnava and the region along the Váh River are also gaining interest.

Martin Stratov, head of the Industrial Agency for Jones Lang LaSalle (JLL), says that the carmaker Volkswagen Slovakia has driven demand to places next to the D2 highway leading from Bratislava westwards to Brno in the Czech Republic.

“We have also seen new warehouses in eastern Slovakia and around Žilina,” Stratov said.

Great potential for the future lies also in the Považie region along the Váh River because of cheap labour, according to Peter Šmitala from the Karimpol Real Estate Group.

Still, the most sought logistic hub remains Bratislava and its vicinity, with approximately 80 percent of all Slovak industrial premises built there.

According to Peter Jánoši, director of P3 for the Slovak market, other regions suffer from a lack of infrastructure and the unfinished D1 Bratislava-Košice highway. However, in the future the role of regions with an available qualified labour force and recently announced foreign investments will surely grow, Jánoši said.

Automotive businesses still have the greatest influence on the market, however, e-commerce and construction of e-shop XXL hubs have been also attractive, according to warehouse and logistics space providers.

Among the companies operating on the market with a vacancy rate below 4 percent, Prologis continues to be the biggest with a nearly 40 percent market share and plans for further expansion, based on the JLL statistics.

Martin Baláž, director of Prologis for construction and lease in Slovakia and Czech Republic, says that based on the recent pick-up in market demand and the low long term vacancy rate of its entire Slovak portfolio, Prologis Park Bratislava began development of three speculative (without pre-lease contracts) facilities totalling 22,300 square metres earlier this year.

Another market player, P3, is constructing build-to-suit (BTS) industrial real estate. BTS projects allow fulfilling the specific needs of the customer for its new premises, Jánoši said. He added that P3 has also planned to build premises with smaller capacity in the speculative way.

“It is still advantageous for developers to keep the so-called healthy vacancy rate, between 5 and 10 percent of premises,” Jánoši said, adding that these free premises can be used by existing clients who for certain reasons do not want or cannot wait for new projects.

While there has been no significant change in the market share rankings so far, Stratov noticed that in addition to the established companies like Prologis, P3, Goodman, Karimpol and VGP, Czech developer CTP has also entered the market.

“CTP acquired a logistic park in Devínska Nová Ves near Bratislava during summer and initiated the construction of premises in Voderady close to Trnava and in Žilina,” Stratov said. “We expect further expansion of the industrial real estate portfolio of the company.”

The Slovak market has been significantly affected by the CEE region’s growth as a logistics centre for all of Europe.

“Slovakia provides great access to CEE markets as well as Germany and Austria and offers an often required skilled labour force,” said Baláž of Prologis. “In addition, we believe that the industrial property sector will still be regarded as a solid asset with an attractive risk/return profile with relatively low volatility or downside risk.”

Jánoši of P3 points to an increasing completion from neighbouring countries.

“When we look back inhistory, Slovakia used to be in the focus of investors especially between 2005 and 2007,” said Jánoši. “Thus it entered the crisis with a very low, about 7 percent vacancy rate.”

Compared to this, the Czech Republic or Poland were facing vacancy rates of 15-20 percent and thus developers in these countries were under great pressure that resulted in an increase of their activity.

“This activity drew new investors,” said Jánoši. “Thus Slovakia was not confronted with the crisis in such a scope and thus it fell asleep a little and the new wave of investors’ interest has missed it.”

But the fact is, according to Jánoši, that Slovakia has an ideal position within Europe and the market is gradually reviving.

“The volume of construction from last year is gradually nearing that of the golden years of industrial development,” said Jánoši.

Hudák added that as Slovakia reinforces its position in the automotive industry, it remains attractive for suppliers and logistics companies. Moreover, the possible arrival of another higher-end car company (Jaguar Land Rover in Nitra) will spur demand again.

In the near future, market watchers expect increased construction, including speculative building.

“We hope that increased demand as well as the arrival of new developers will ensure revival of other regions in Slovakia such as Trnava,” Hudák said.

Šmitala expects that the end of 2015 and the beginning of 2016 will be very dynamic.

“The year of 2014 was followed by the dynamic year of 2015 when a number of new inquiries arrived,” said Šmitala, adding that the summer of 2015 was relatively inactive when clients used it for collecting information and thus it may be expected that they will now make final decisions.

“During this period of time there may be assumed clinching of some significant deals,” said Šmitala.