ANALYSIS of fuel prices in Europe over recent months implies that among individual countries, changes do not occur in the same time periods. 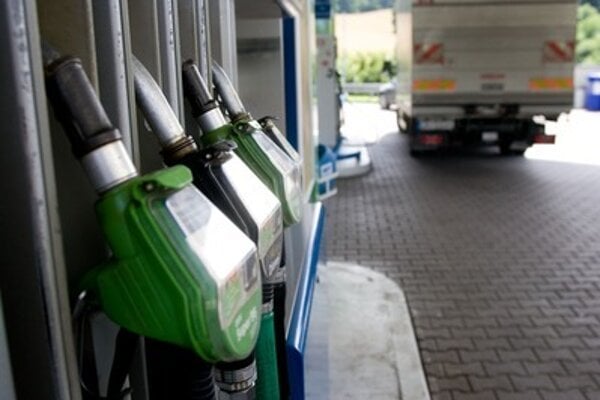 Although reacting to prices on global markets, individual producers include many other factors in their pricing. For example, the popularity of countries from the point of view of hauliers’ refuelling is one such factor, as well as tax burden, the Pravda daily wrote at the end of September.

A typical example was the year 2010 when the volume of fuel pumped by Slovak hauliers in Poland increased by 200 percent – after the excise tax was reduced there. Then, attractive destinations were also Luxembourg and Spain, but the price difference was highest regarding Poland (the difference between average diesel prices in Slovakia and in Poland was then 16 percent).

Today, the situation is different; even though the disparity in excise tax has not changed fundamentally and diesel is still cheaper in Poland than Slovakia, Slovak drivers refuelling in Poland have markedly decreased.

Now, drivers refuel more in Slovakia. The reason is not just relatively low prices but also the fact that shorter routes prevail.

Recently, we have also witnessed several changes in refuelling patterns, caused by different price levels of diesel in Europe. When travelling south, for example, Slovak hauliers had long preferred Slovenian fuel stations as they were cheaper. Today, it is no longer true: it is beneficial for them to have full tanks when leaving Slovakia (or to refuel in Austria and only then continue to Italy). When driving westwards, Slovak drivers can profit from filling their tanks in the Czech Republic, as there are cheap chains with a sensible quality of fuel there, the Pravda daily wrote at the end of September.