V4 knows what it's against, but not what it's for 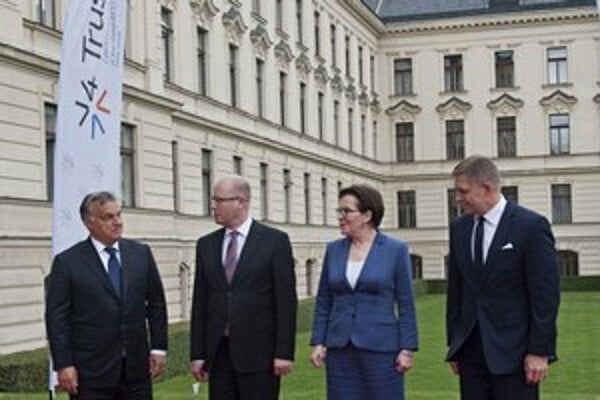 THE MOST notable tactical success of the Visegrad Four (V4) – comprised of the Czech Republic, Hungary, Poland and Slovakia – saw the group band together last year to oppose ambitious EU targets for climate change. More recently the group has been notable for being outspoken in its opposition to accepting refugees who are fleeing war zones.

In short, the V4 looks effective at expressing what it is against, but what they are in favour of is much harder to understand. This is oddly reflective of the way politics are conducted at the domestic level in the respective V4 members.

Last year, after mobilizing Romania and Bulgaria to join them, the V4 mustered power in Brussels significant enough to block binding targets on energy efficiency and contributions from renewable energy for each member state. This was perhaps the first practical example of the region exercising collective power in Brussels. Even if one disagrees with the position, it came out of a clear logic that central and eastern European economies are more dependent on heavy industry than most other EU members.

In the refugee debate leaders from the V4 have been notable for some of the least helpful rhetoric as well as a lack of alternative suggestions over how to deal with the hundreds of thousands of people already in Europe. They are in favour of solving the intractable civil wars elsewhere in the world (not enough to do much though) and improving the EU’s external borders (everybody is, though few were in early 2014 when Italy and others were asking to do just this).

Three of the V4 members voted against the EU’s refugee resettlement plan (Romania too), and Poland, which voted in favour of it, would likely oppose the plan today with a new government in place. On this too, the V4 position ends up being one that is against other proposals but not in favour of anything in particular.

The truth may be the V4 countries just don’t have very much in common anymore, or at least they do not believe they do. At a recent discussion hosted by the Institute for International Relations in Prague, the divide on key foreign policy positions was stark.

Poland strongly favours NATO (including American) troops permanently based in central and eastern Europe, and spends the 2 percent of GDP on defense that all NATO members have pledged to. Czechs, Slovaks and Hungarians do not. Poland favours coercive policies to confront Russian actions in Ukraine, the rest do not. These are the fundamental hard security issues confronting the region today, and the V4 has no common position.

Today’s domestic politics in the V4 now largely consist of leaders convinced (and seeking to convince others) that their countries are under attack from some outside entity – a combination of the EU, refugees, bankers, Russia or liberals depending on the country. That means political campaigns are essentially defensive in mindset.

At home and abroad, it’s difficult to advance if you are always playing defense.