The “Champion from a shanty” wants to shock again

SLOVAK bodybuilder Adam Cibuľa who has experienced many ups and downs in his career, wants to fight again for the world championship title – at age 51. 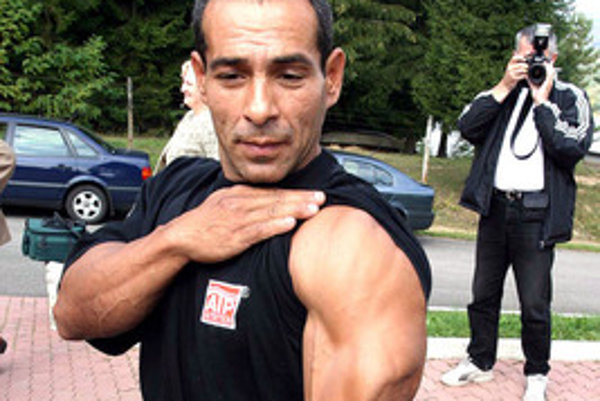 Although the retirement age of top athletes is being delayed, a man in his fifties vying for the title of champion is unique, the Sme daily wrote on November 7. His coach – and close friend - Dušan Ďubek praised the muscles and also the skin quality of the veteran bodybuilder, adding that Cibuľa had a special figure since his youth. Ďubek has known him since elementary school.

Cibuľa is a Roma coming from the small town of Húšťa, with a very modest background; and the conditions in which he prepares for the highest competition are comparably modest as well. He is unemployed and lives on a very small income.

At age 27, Cibuľa was European champion for the first time, later adding several more titles. Rather than against his competitors, he fought against alcohol which plagued him between 1996 and 2007 when he announced the end of his career. He tried also to become a politician of the Movement for Democracy (HZD) party and made it on its slate. But this step did not work well and he got into debts, again. Due to drinking, he became heavily indebted, his wife and children left him, and later they lived for some time in a shanty. Now they live in a small flat, in a poor housing estate in Hnúšťa. His life story would make a Hollywood screenplay, Ďubek opines for Sme.

Despite all this, he participated in the 69th Bodybuilding World Championship from November 5-9 in Benidorm Spain. However, Cibuľa failed to qualify among the top 15 in the bodybuilding category under 65 kilograms, the TASR newswire wrote.