SLOVAKIA'S health care sector has made headlines recently especially due to an overpriced CT device purchase or other scandals, while a closer look at available statistics data indicates that the system is one of the least efficient in Europe. 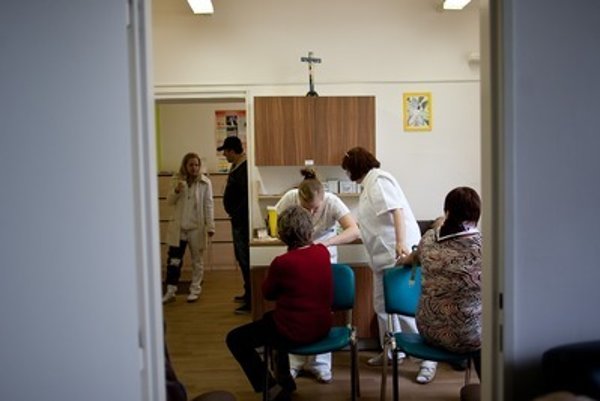 Slovakia places poorly in a ranking of the world’s best-performing countries in healthcare, the German medical tourism facilitator Medigo.com elaborated based on data from The Economist Intelligence Unit’s ‘Healthcare Outcomes Index 2014’. On a scale of nine, it earned a grade three in the ‘poor’ part of the ranking, together with Bulgaria, Estonia, Latvia and Denmark. Only Lithuania, Hungary and Russia finished worse.

“These countries fall well below expectations, ranking for higher spending than for health outcomes, suggesting inadequate management and poor allocation of resources,” Medigo writes when describing the countries in the ‘Poor’ section.

Out of Slovakia’s neighbours, the Czech Republic and Poland ended with five as satisfactory, while Austria and Ukraine ended with four, the best in the poor section.

The EIU also produced an overview of how much countries spend each year on healthcare per capita. This spending ranking is based on data from the World Health Organization (WHO).

By plotting the EIU’s outcome rankings against spending rankings for each country, Medigo has developed a global overview of how effectively countries use their healthcare budgets.

That Slovakia’s healthcare system is not efficient was indicated also in the Efficiency Estimates of Health Care Systems paper that the European Commission published this year. 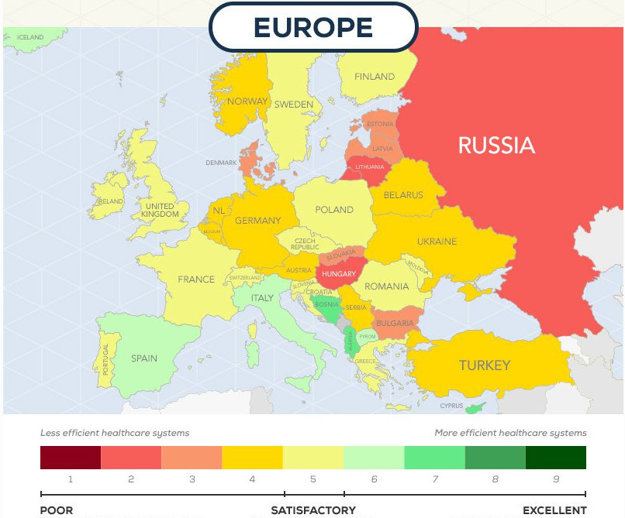 “Specifically, the Czech Republic, Lithuania and Slovakia have the lowest efficiency scores in most of the models used,” the paper reads. “Hungary, Latvia, Poland and Estonia, although scoring marginally better than the previous group are also underperformers. Belgium, Cyprus, Spain, France, Italy, Sweden and the Netherlands consistently score among the top seven performers in most of the models.”

The paper uses a comprehensive battery of models with different combinations of input and output variables. Outputs are the commonly reported health outcome indicators, such as life expectancy, healthy life expectancy and amenable mortality rates. Inputs include (per capita) expenditure on health care, physical inputs and environmental variables.

The main features that emerge can be described as: “The Czech Republic, Lithuania and Slovakia are consistently among the lowest scorers. Overall, these countries are among the seven worst performers, and are clustered in the bottom group of countries.”