SEVERAL questions have recently arisen concerning the competition to operate a ferry on the Danube, worth at least €25 million. 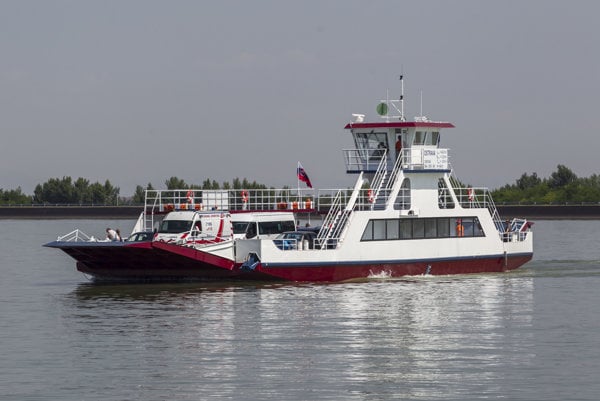 The Environment Ministry has even sent inspectors to the procurer, the state-run Vodohospodárska Výstavba company, and is ready to draw consequences if they discover any flaws.

The competition to operate the ferry for the next 15 years was won by company Ponton City which is, according to media reports, linked to the shell firm already known from the emission quotas scandal of the first Robert Fico government (2006-10).

The shareholders of Ponton City are CFS and Spinex. The former is owned by the US firm Business Investments which resides at the same address as Interblue Group, the company which acquired emission quotas from Slovakia in 2008 for below market value and then sold them to Japan, causing Slovakia a loss estimated at €47 million. The latter is owned by BJMC, linked to Jozef Blaško who is, according to the Týždeň weekly, a relative of a Smer sponsor Ľubomír Blaško, the Sme daily reported.

Vodohospodárska Výstavba and Ponton City signed an agreement to operate the ferry between the villages of Vojka and Kyselica (both in Trnava Region) on June 26. The ferry was previously operated by the state-run Slovak Water Management Company. Vodohospodárska Výstava, however, decided to change the operator and give the contract to an external firm which was also asked to secure a new transport ship.

“The new ferry has replaced the deteriorating and technically out-of-date one, of which people had been calling for its replacement for the past nine years,” Vodohospodárska Výstavba explained, as quoted by the Nový Čas daily.

Most-Híd MP Arpád Érsek and Bratislava’s Old Town councillor Veronika Remišová have questioned the competition. They say that the new ferry, which was delivered by Ponton City and designed specifically to meet the requirements set by the procurer, was completed five months prior to the company winning the procurement, as reported by Sme.

Also the price of the whole order is questioned. According to Remišová, this may rise to about €50 million.

Head of Vodohospodárska Výstavba Ladislav Lazár, however, defended the competition, saying it had an international character. Nevertheless, the fact remains that although there were three companies interested in the order, only Ponton City eventually submitted its bid in the electronic auction, according to media reports.