THE SLOVAK football team will play in new jerseys which are similar in design to those worn by Arsenal, Dortmund and the Italian national team. 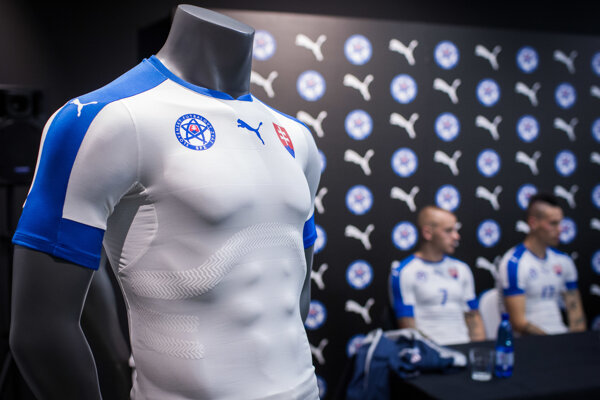 The jerseys for domestic matches, which have been especially designed for the EURO 2016 championship in France, were presented to the public by Marek Hamšík and Vladimír Weiss, the Sme daily reported.

The newly designed jerseys have been prepared for the past 18 months. Compared with the current jersey, the new one has more blue stripes on the sleeves and the Slovak emblem is closer to the heart. The jersey for matches to be held abroad will be introduced next March. 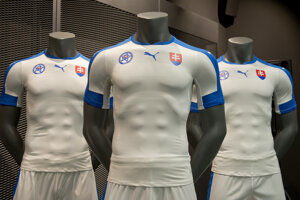 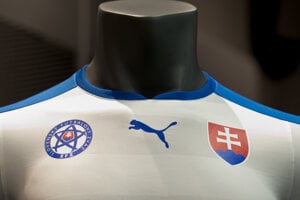 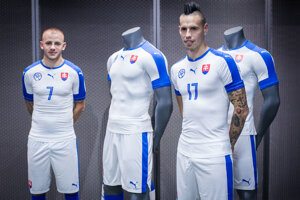 The team will wear the new jerseys for the first time at the preparatory match against Switzerland on November 13 in Trnava.

“I cannot wait,” Hamšík said, as quoted by Sme. “We will play in new jerseys at the new stadium.”

However, he did stress that more important than the look of the jerseys will of course be the performance of the players.